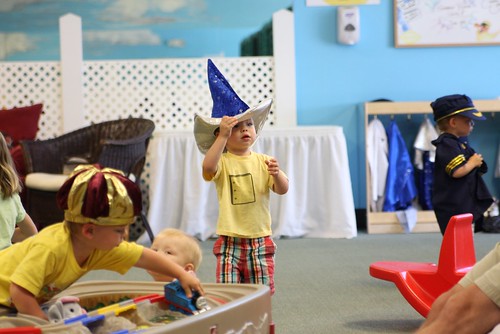 We’ve got our own version of the Village People over here.

Swimming in the baby pool at Ren’s mom’s house.

Got it! All three holding hands! 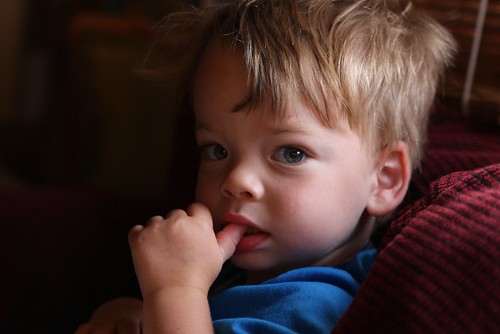 Oliver. Sweet. The morning after he kept me up all night long. I’ve said it once, I’ll say it again. Thank god they’re cute.

Dang. I just happened to notice that I have posted 1499 posts on this blog. Not bad, eh? The first post was on April 1, 2002, so I’ve been keeping this blog for over 8 years now! (Actually, if I’m going to be 100% honest, I don’t think that was my very first post. But kind of. I kept a blog before that, while I was training for the London Marathon, but it wasn’t in a real blog, so those posts never transferred over. I should find them and post them. But that’s off the subject. This is my 1500th official blog post.

Back when I wrote that post, I was 27 years old. Single. Smoked a pack a day. Overweight.

Now I’m married with three kids. Haven’t smoked in over 6 years. Still overweight, but mostly because of the married-with-three-kids thing I mentioned earlier.

Since we’re on a nostalgia kick here, let’s look at some old pictures…

And my NEW car!

Five years ago, it’s my most favorite picture of me ever!

Four years ago, we had “prom” at the pub: 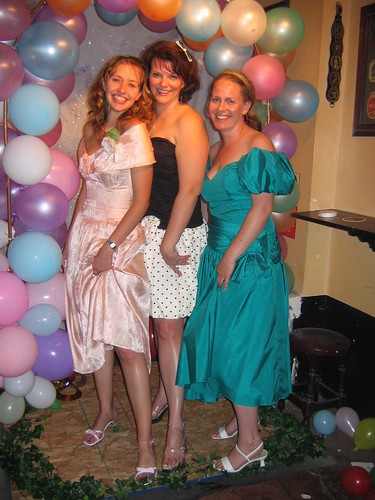 Three years ago, I got knocked up, times three: 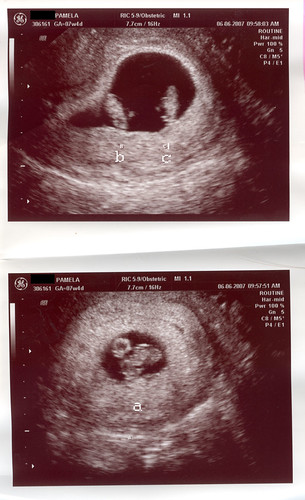 Two years ago, I had (almost) six month olds! 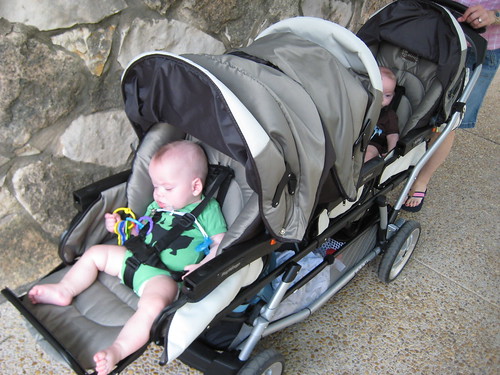 One year ago…holy crap, look how tiny they were!

Well, that was a fun trip down memory lane! 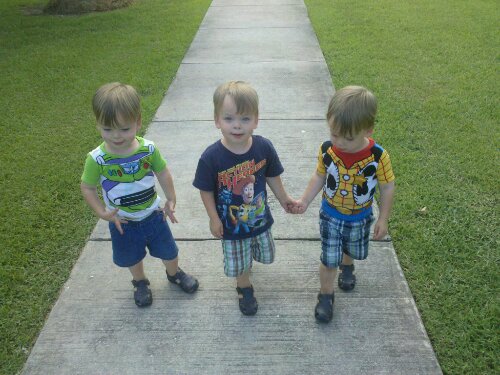 What you can’t tell from this not-so-great cellphone picture is that just a few seconds before, Linus was holding Oliver’s hand, which nearly caused me to spontaneously combust from all the cute.

The boys have a new favorite book.

It’s a picture book I put together of their baby pictures up to six months old. I don’t know if they realize they’re the babies in the pictures or not. But maybe they do. If I ask where someone is, they’ll generally point to the right baby. It’s kind of weird. (Heck, in some of the pictures, even I don’t know who is who!)

I know this isn’t the first time I’ve posted an Oliver-can’t-blow-a-bubble picture, but what can I say? I find it amusing! While Linus and Miles can now blow actual bubbles, Oliver still just wants to lick the solution off. Yum.

I’ve been having a lot of fun taking pictures of the boys lately. Here, lemme share… 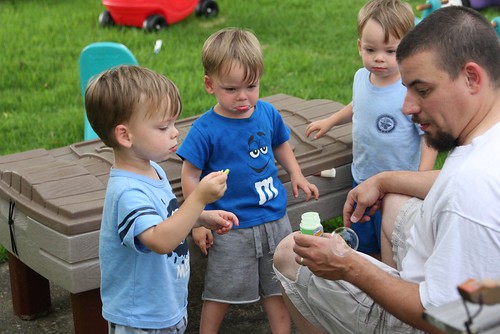 All four of my boys:

Now this isn’t a picture I took, but it’s one of my favorite pictures ever. Ever, ever, ever. This is from my niece Emily’s birthday party. She turned three on Sunday. 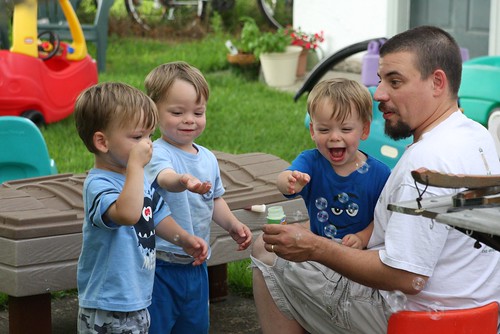 A bunch of friends all got pictures of their kids wearing blue, and blowing bubbles, in honor of our friend’s son JW, who was laid to rest today.

I planted some herbs and flowers in pots and put them by the back door so I wouldn’t forget to water them. Now the boys love checking out the plants and watering them whenever we go outside. (Poor plants are probably going to drown.)

I think Miles might end up following Uncle Evan and Aunt Jennifer into Landscape Architecture. He’s the hardest to pull away from them… 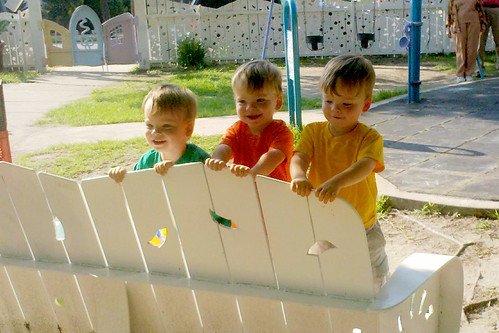 The boys playing peek-a-boo on the bench at the park. They were getting their pictures taken by a local photographer who is building up her portfolio. Can’t wait to see how they turn out!