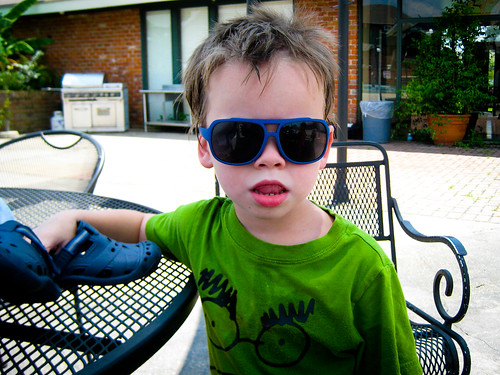 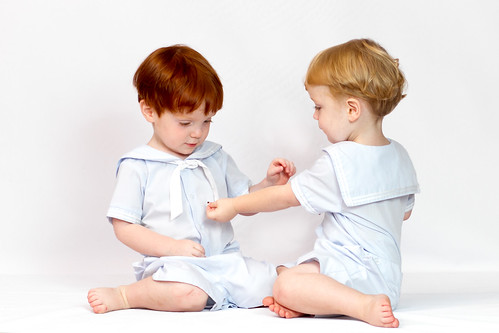 Photographed a set of boy triplets and their older sister. The boys were two, and so active, they made mine look like slugs. Didn’t have much luck getting good group shots, but this moment of brothers sharing raisins was too sweet not to capture.

I got this shot of a contemplative Miles on the way to their campout Friday night. I got surprisingly emotional about this first campout, for some reason. (And "campout" is something of a stretch – the younger kids slept on cots in classrooms. But still. First s’mores!) 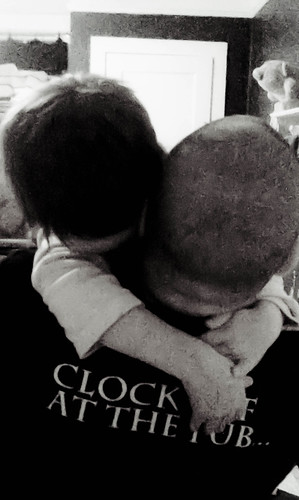 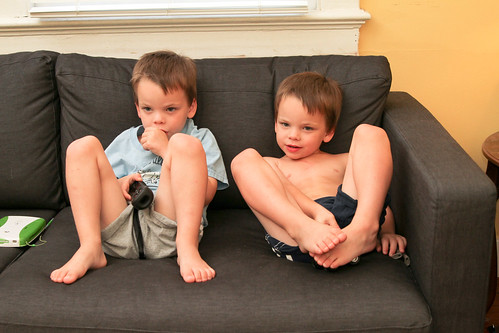 The boys were telling me about a dream they had. Apparently they all had the same dream. Is this some kind of triplet thing? Or vivid imaginations? Either way, it’s cute.

(Did you see my new blog template? I may have had a bit too much fun creating the header.)

So next Tuesday night, July 31, my friend Matt Murphy is going to be on Food Network’s show, Chopped! So cool. I’ve mentioned his family here many many times before. Alicia and I had our kids 12 hours apart, a feat that earned us a story on the national news. And then a couple of years later, Matt got very sick after a fall, but made a full recovery. And now he and Alicia own my new favorite restaurant (with the best website ever!), the Irish House.

Check out this hilarious video of Matt “training” for the show.

I’m super sad that I’m going to be out of town next week, so I won’t be able to go to the big viewing party at the Irish House, but I already have plans to watch it at the hotel with Kristina.

One of George’s friends was in town with her family, and the boys were being very shy. At least until her son started playing games on his mom’s iPhone, and then the boys were enthralled. I asked him if he was annoyed by the incessant questions, and he said it was funny. I can only hope the boys grow up to be as patient and sweet as this guy.

(It’s not the first time I’ve blogged about him…check out this old gem!)

I’ve been meaning to post some pictures and stuff but I just haven’t had time. So here we go…

You know I love doing photos of the boys in the bath. Since they barely all fit in the tub together, I figured I should take them while I still can. (Remember this one? My favorite one ever?) 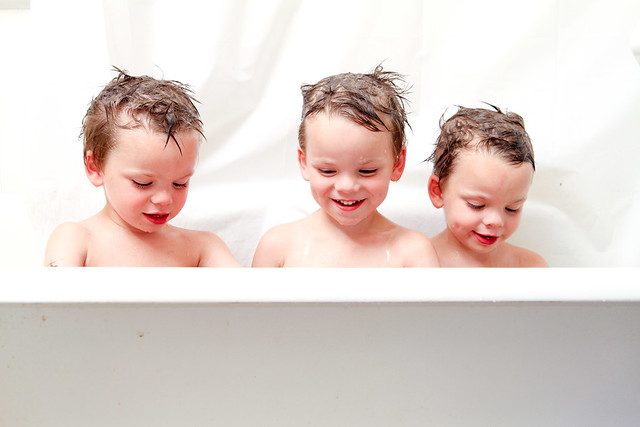 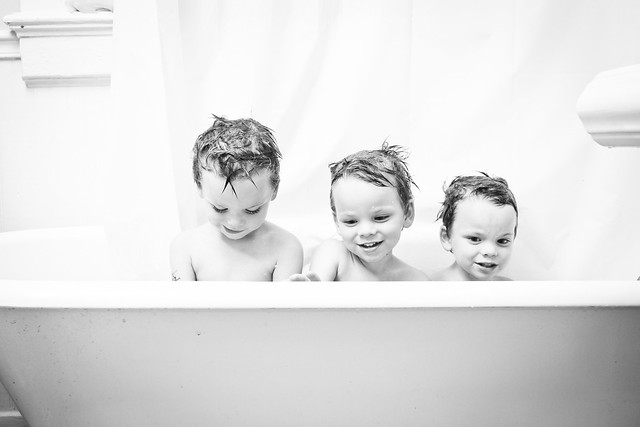 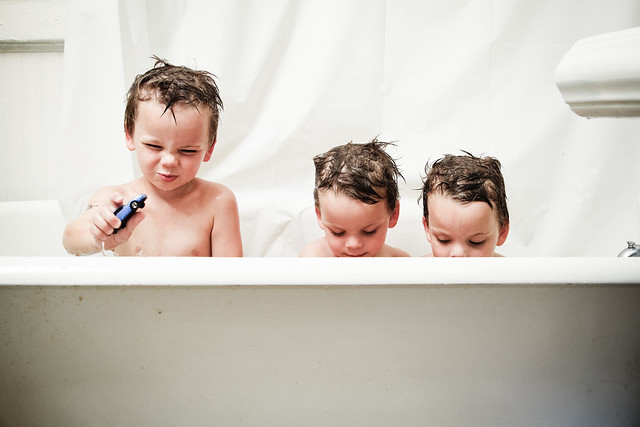 Millie came over to play after camp one day. 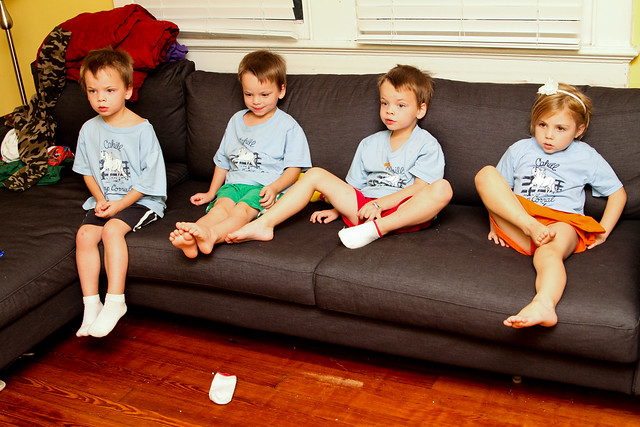 I think Miles loves her.

It rained a lot on Friday and we got a leak. But you can’t ask for a better place for a leak – over the bathtub. Whew.

Went to lunch on Saturday at my friend’s restaurant, and there was this old-timey typewriter under the TV. The boys actually thought they were typing in the closed-captioning. Hilarious.

My Keurig of 2.5 years finally bit the dust, so I sprung for a new one. I’m so happy to have it. I really love it.

Made cauliflower-crust pizza for dinner. It’s really good! I wonder if the boys would fall for it? Going to have to try… 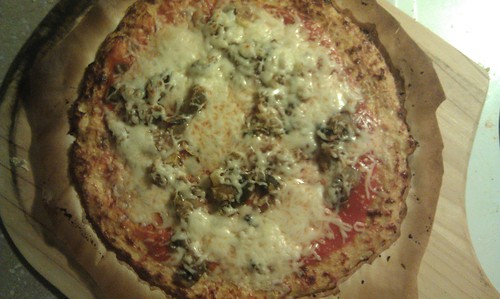 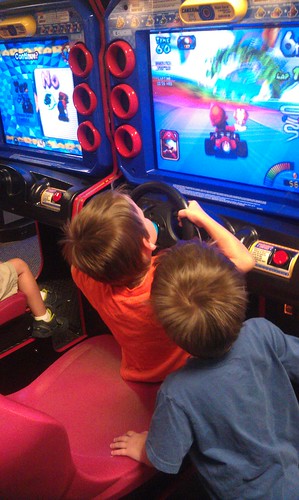 Took the boys to Chuck E Cheese and this location had Mario Kart. I really need to get it at home! 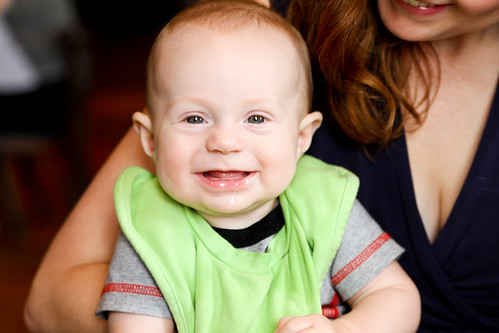 Had lunch with some old friends, and got to meet this cutie, the smiliest baby on earth. Seriously. He was stopping people in their tracks with that smile.