Okay, so I left off at Wednesday night’s wine explosion…

Thursday was another work day. The main point of this meetup was to set a road map for our team for the next six months. The team I’m on (Hermes) focuses on live chat support for WordPress.com users and support for all users of the WordPress mobile app. Our team (Hermes) was formed in August, and has grown by several members since then, so it was also a bonding experience.

Simon led a bunch of activities that helped us narrow down our goals. At first, I was skeptical – how was writing on post it notes with sharpies (as fun as that is) going to help us form concrete goals? But you know what, it did. Pretty cool. 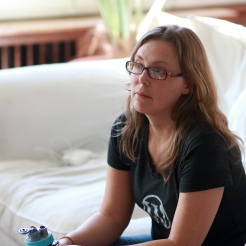 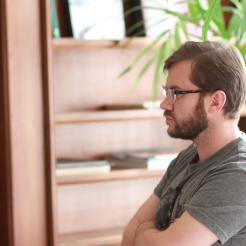 Don’t we look so profound and thoughtful and stuff? Yeah. We are.

That evening, we split into smaller groups (there were 15 of us all together, not including a few spouses that joined us) for dinner. Yet again, we had a delicious meal. Shocking!

Friday was…my 40th birthday! I already posted about the amazing 5.47 mile (but who’s counting?) run I went on with Beckett.

We spent most of the day finishing up the road map, had a lovely lunch, and then later, Beckett and I snuck off so we could go see Las Ramblas and get some pre-dinner tapas. 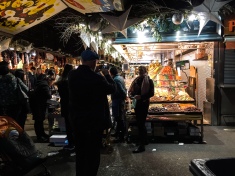 Beckett bought me a birthday crown!

We took a team photo before going to eat that night. Everyone on the team was there except our newest member, Mahangu. We got him into the photo, though. 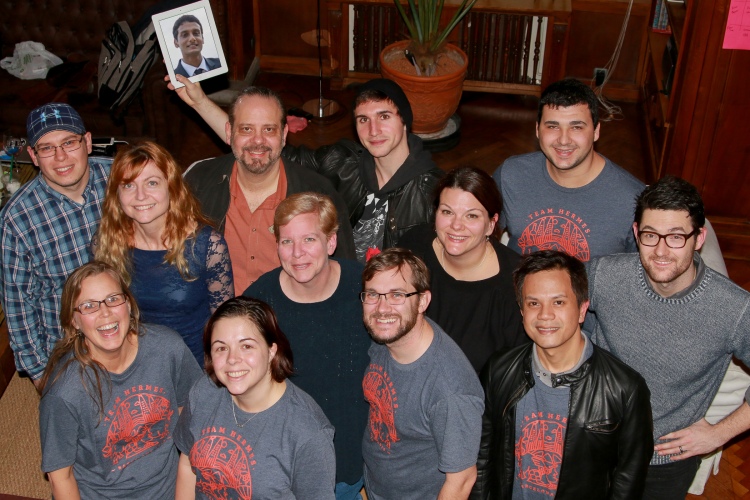 Dinner was amazing, as usual. My coworker Jason spent a lot of time finding a great restaurant that we could all go to together (with 19 of us, it wasn’t easy) but he found a great one in Restaurant Cafeteria 336. We started off with bubbly, and then they just brought out a million small plates, each one more delicious than the next. (My favorite was a concoction of potatoes, tuna, and poached eggs.) I ordered a steak for my main course, and then we had creme brulee for dessert (they call it Creme Catalan, but it’s the same thing.) And of course, the wine was flowing freely. 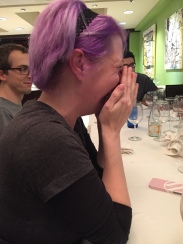 Afterwards, we went back to the apartment (codenamed Han because Harrison Ford had stayed there once, according to the AirBNB listing – I stayed in Lando, and the other place was Chewie) and played Cards Against Humanity while trying to drink all of the wine in Spain. Always fun!

So that marked the end of my birthday, which was fabulous. (Of course, I just mean my birthDAY, not the celebrations of the fortieth anniversary of my birth, which will continue for several weeks to come.)

Since we had stayed up very late Friday night, and Saturday was set aside as a day to explore, I slept until nearly noon. Maaan, that felt good. Since I took a ton of pictures on Saturday, I’ll save those for another post…

4 thoughts on “Barcelona on my birthday”

Quilt number three was for Kiki. It’s all flannel. 🧵🪡📍 #cozy #quilting #handmadewithlove #handmadequiltholders #sewing
Boosted! 🦠💉 #vaccinetrial
In his happy place, tucked between Mom and Dad. 🥰 #ziggymcziggerson #dog
Now that she’s gotten it, I can share pics of the quilt I made for my friend Erica’s new baby. Lots more on the blog, including how I forked it up. #quilting #pitbullsofinstagram #handmadewithlove #spoonflower #sewing