More pics from Fat Tuesday, plus our neighborhood parade on Saturday, NOMTOC, which was also NORMTOC because Norm just turned 70 so we made shirts. 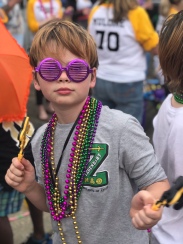 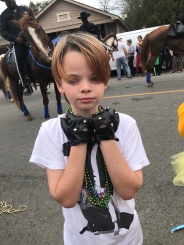 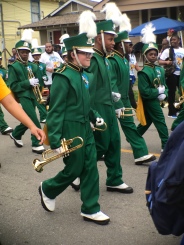 Liam marching and embarrassed of us 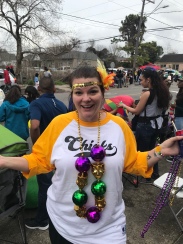 A lady on a float gave me these! So proud. 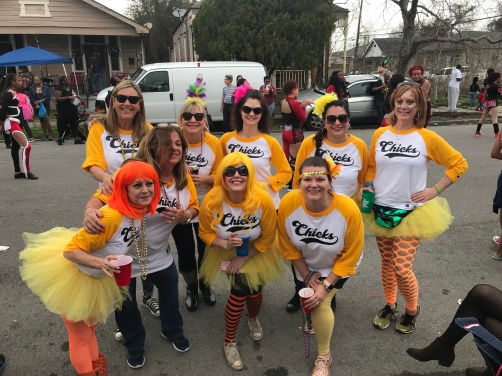 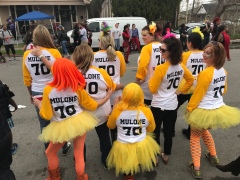 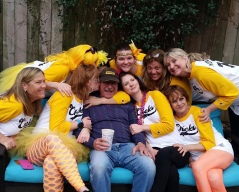 Norm and his Chicks

And on Mardi Gras day, we costumed in a Pixar theme (I really should talk about how amazing I am for pulling this together the night before, after going to a million different stores and crafting late into the evening) and walked down to watch St. Anne’s in the Marigny (a walking parade that has most excellent people-watching) and then tried to catch the end of Rex but it was too crowded and we were all exhausted. But it was fun. 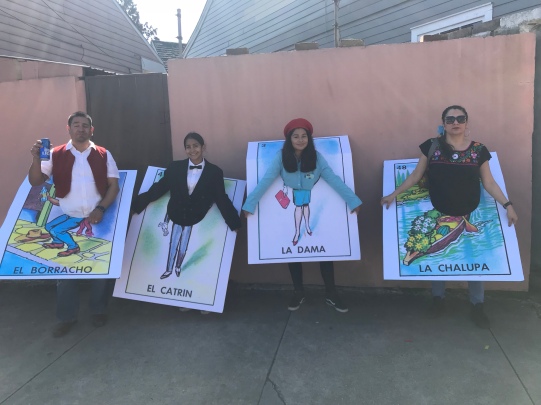 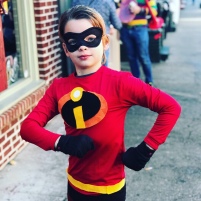 Ollie is Dash from The Incredibles

Miles is Miguel from Coco 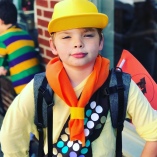 Linus is Russell from Up 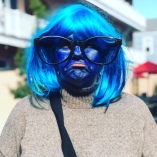 I am Sadness from Inside Out 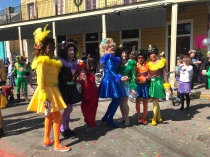 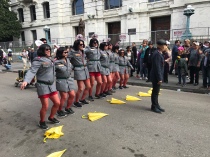 My goal in life is to one day do a group costume with friends that involves a dance we get to perform in the middle of the street, like these people.

Well, until next year…