We got home yesterday from our epic trip to the UK, and buckle in because I have a lot of pics and stories to share. I’m going to break up my posts into the three places we went, so let’s get started!

The trip started off with an enormous amount of stress, when I got a text that our flight to Houston was delayed. The delay would mean we would miss our flight to Heathrow. Um, not an option. I got on the phone with United, and after 40 minutes of being on hold, we got put on an earlier flight to Houston, which would get us there in plenty of time to catch our flight to London.

But then that flight kept getting delayed, to the point where again, we were going to be in danger of missing our connection. Fortunately, the flight took off with some time to spare, and we landed in Houston. And sat and sat and sat on the tarmac. My blood pressure was rising a bit more every moment, until finally we got off with a few minutes to get to our next gate. END_OF_DOCUMENT_TOKEN_TO_BE_REPLACED

Read about our time in Wales here.

Wednesday morning, the boys and I caught the train to Cambridge. I was nervous about the journey because I had three boys and two suitcases to deal with and we had to not just switch trains in London, but switch stations by way of the Underground. But not to leave you in too much suspense…it was fine. (George’s journey the next day, by contrast, did not go so swimmingly, but that’s not my story to tell.)

Rachel (Gareth’s sister) picked us up at the train station and we headed to a shopping center to meet up with her boys (Dan, 13, and Ethan, 9) and Pat, their grandmother. The boys were so excited to see Dan and Ethan, and it was really cute when they saw each other and were all shy for about 12 seconds. (You might remember, they visited New Orleans back in May and the boys became fast friends.) 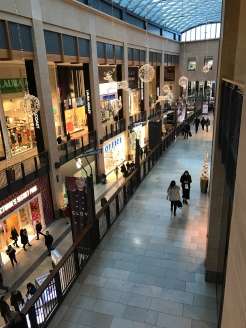 A real British mall! Looks….just like an America mall. 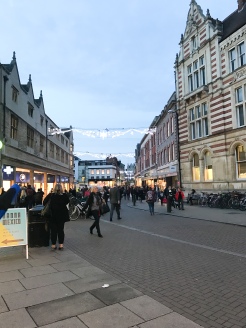 The streets of Cambridge all decked out for the holidays 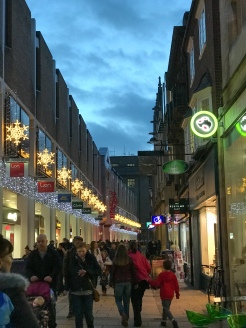 We were going to be experiencing something extremely British that evening – a panto! Before showtime, we wandered a bit around Cambridge, getting a snack and seeing some of the sights.

END_OF_DOCUMENT_TOKEN_TO_BE_REPLACED

We left off on December 22 with Rachel and I doing our part to rid the world of wine and cheese. On to the 23rd…

END_OF_DOCUMENT_TOKEN_TO_BE_REPLACED

Read about Wales here and Cambridge here and here

So, after an agonizingly long coach ride, we made it to London! 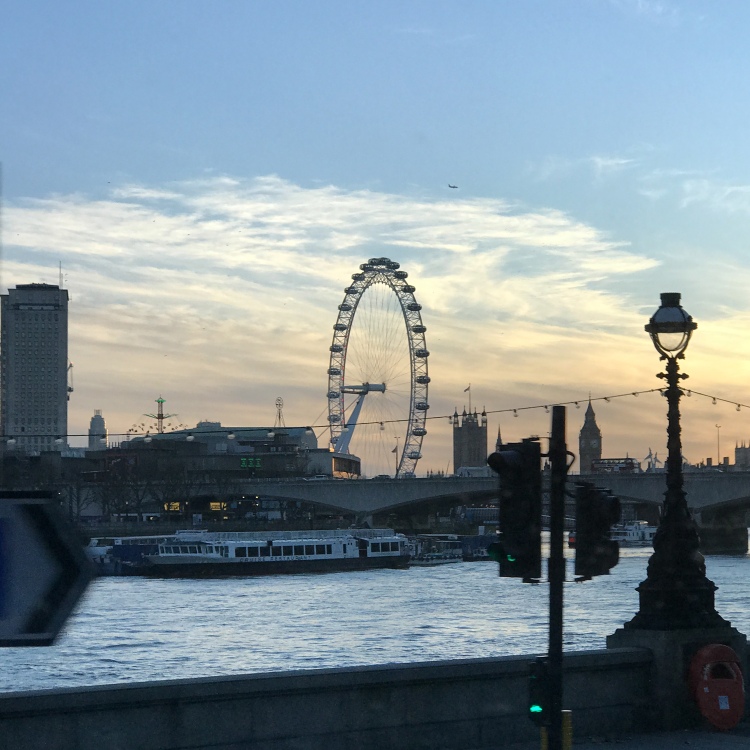 END_OF_DOCUMENT_TOKEN_TO_BE_REPLACED

I’m taking a break from the straight recap posts to write about the Harry Potter play. Since it took place over the course of two nights, I’d have to break up the recap, and I’d rather not. Read the rest of my posts about our trip here.

As I mentioned before, the boys and I went to the theater box office to pick up my tickets on Wednesday afternoon. 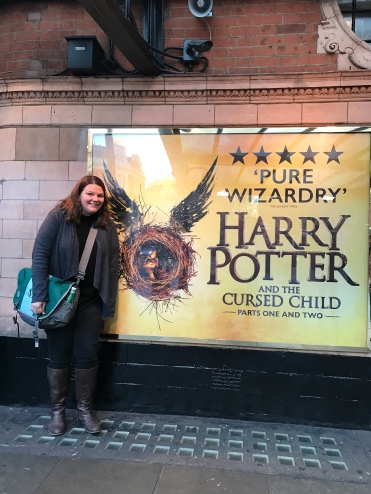 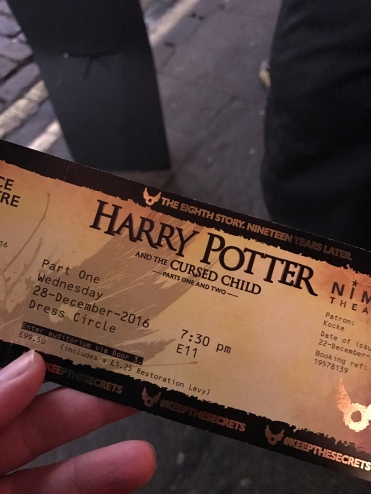 The doors opened at 6:30 with the show starting an hour later, but I wasn’t sure how long it would take to get from our flat on Holloway Rd to the theater. It only ended up taking about 20 minutes, so I was just a tad early. But I got in the line that was forming outside the theater anyway and just played Two Dots for a while. END_OF_DOCUMENT_TOKEN_TO_BE_REPLACED

Catch up on my blog posts about our trip here!

So, where were we? Thursday morning, I suppose. It was our last day in London all together, as George had plans to go to Canterbury on Friday and meet up with a friend. Linus wanted to go to a castle, so we toyed with the idea of going to Windsor Castle, but getting there and back would have taken up too much of the day, so we decided to hit Hampton Court Palace instead. 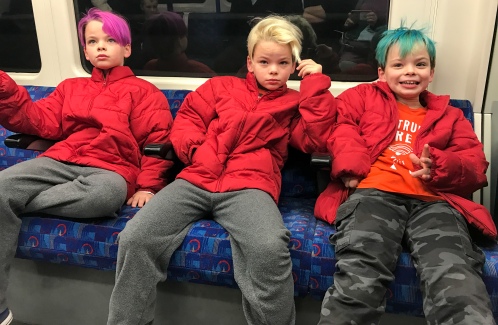 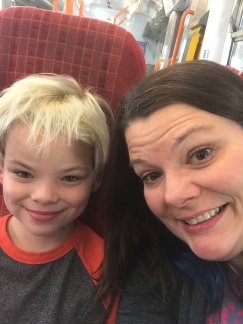 It was only about half an hour by train, so not bad.