Lots of things going on.

Let’s see, Saturday started out early with an hour plus drive in dense fog to Houma, a small town with a vicious soccer team. The boys played well, but alas, their team lost. It was only their third loss (the first was a friendly, so that doesn’t really count, right? and the second was in a tournament that they ultimately won so I don’t count that either, heh.) Anyway, whatever. Onward!

Once we got home, I got to rest for about half an hour before I had to head across town to the girls’ tournament to be a field marshall, to fulfil my volunteer requirement since we get financial aid. And I got a sunburn. Ugh.

Sunday was better. We went to the World War II museum for the first time (well, it was George’s and my first time. The boys had been with camp a few years ago.) I probably should be somewhat ashamed to admit how much I learned – it helped me understand a lot about the different parts of the war and how it all happened in various parts of the world.

And I got to launch some torpedos, which is always fun.

We didn’t get to see it all, but hopefully we can go back before too long. We got a free pass from the library, which was invaluable – the tickets for everything we saw would have cost us nearly $200 if we’d had to pay. Yikes. 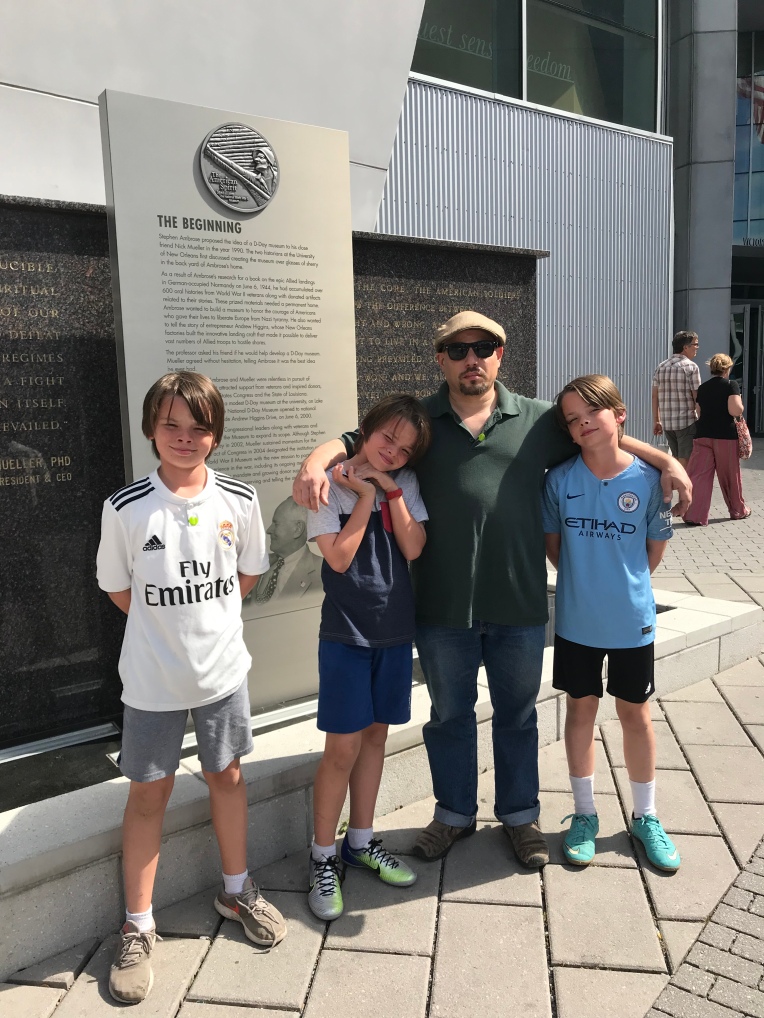 After that, Terry and I took the kids to get crawfish. Yum! We somehow missed eating crawfish last year completely, which is a travesty, and I wanted to make sure that didn’t happen again. We took them to a restaurant that was lined with taxidermied animals. And not just any animals. There was a lion. And a monkey. It was creepy and weird and I won’t be going back there, that’s for sure. Eeek. But the crawfish was good, at least. 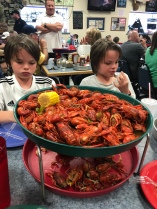 Yesterday was also the 15th anniversary of owning our house, which is crazy! 15 years! I know I complain about it being too small (I mean, to be fair, we weren’t expecting to stuff it with boys when we bought it.) but I hope we stay in it long enough for the boys to bring their kids one day. 😀

It’s times like this I’m glad I’ve been blogging forever. Here’s my post about our super fun closing!

Ziggy, meanwhile, is obsessed with this squeaky ball that lights up that we caught at Mardi Gras. He very carefully carries it around in his mouth, and GOD FORBID it squeaks. And don’t try to take it from him. If you even go near it when he doesn’t have it, he’ll grab it so you can’t get it. It definitely seems like a love/hate relationship. It’s the cutest thing. 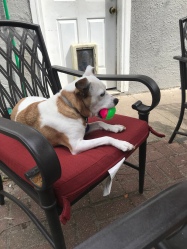 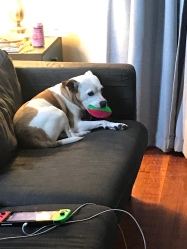 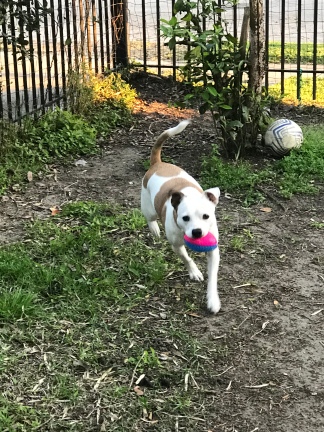