The boys’ team (with the catchy name 07B Louisiana Fire WB Red or something – you try yelling that while cheering them on) had their first tournament last weekend, and I guess I spoiled it in the title, but they won!

(Their division, I mean, which consisted of four teams.)

It was only their third, fourth, fifth, and sixth games as a team, because so many other games were rained out, so that makes their victory especially sweet.

We had to get their early Saturday for the first game. It was hot. They won! Yay! Warning: Lots and lots of photos to follow…

Miles getting a pep talk from the coach

The second game wasn’t until late in the afternoon, so we went home and I took a little nap and they rested and ate. If I thought it was hot for the first game, that was nothing compared to the second game. It was scorching. George and I sat there sweating while the boys sat on the bench.

For the entire game. I was so angry. I went back and looked at the paperwork we signed – the paperwork that said we agreed not to get drunk at the games and be obnoxious parents and they agreed to play all kids for 30% of every game with the exception of tournament finals (which this was not.) The coach came to chat with me after the game and I let him know how I felt (you know, with a raised eyebrow, stern tone, and “they are going to play tomorrow, right???”)

Oh yes. We were up bright and early yet again on Sunday for another morning game. This time, I was putting in my volunteer hours (a requirement for the financial aid we get.) I had to be a field marshal. I just was hoping it wouldn’t be as dramatic as the previous afternoon’s game had been, when a parent was ejected from the field and kids were getting injured left and right. Yikes!

It ended up being fine (I had to call the medics for the neighboring field a couple of times, but nothing major) and they won their game! Woo! And the boys played a ton! Miles got to take a penalty kick, but it went over the goal. I mean barely. He was bummed. Really bummed. I think he finally got over it when we learned they were playing in the finals. Yay! Another game in the million degree heat!!! (It was record-breaking heat that weekend – felt like 108 and extremely humid.) 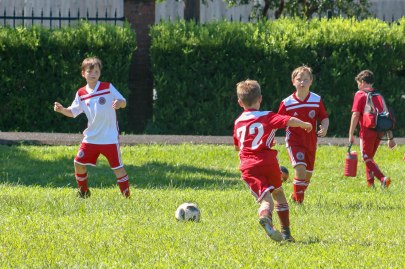 So we went and had some lunch and got back to the fields. I warned them that they might not be playing in this game – after all, as I read in the contract, the coach doesn’t have to play all of the kids in tournament finals. But we were playing the team they’d lost to on Saturday, so I kind of thought he might play all the kids since not playing them hadn’t worked well the day before.

So we broiled in the sun and all of the boys played, and they won! I mean, what else is there to say? They got more goals than the other team. I think this post is probably long enough, eh? 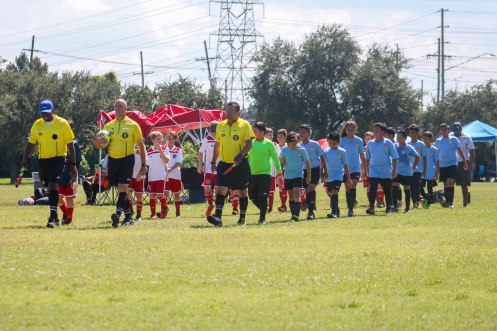 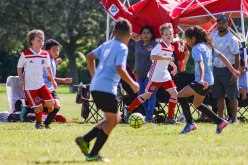 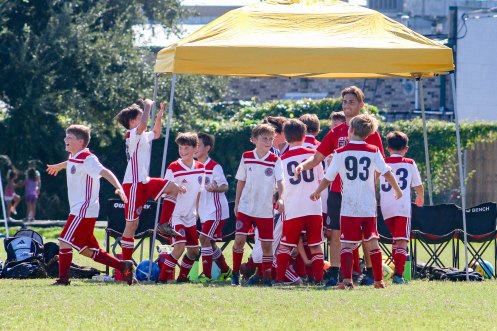 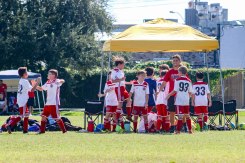 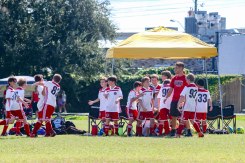 They got medals at the end, and it was very exciting for them. I was just glad to get into the air conditioning! 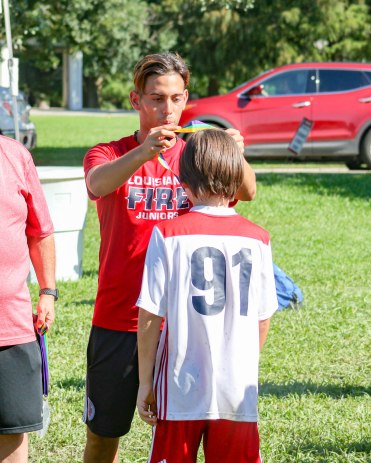 Next tournament will be in Pensacola in October…hopefully it’ll be cooler!

(and just a cute picture of Ollie because I like it.)