This is a really hard post to write. I don’t mean emotionally, I mean physically. This is going to sound ridiculous, but I have some kind of crafting injury. I spent some time Friday working on a big decoration for the party, and by that night, my left wrist and thumb, and a couple of the fingers on my right hand, as well as my left ankle, were in pain. Enough pain that I had to cancel an outing to a birthday party that evening.

The next morning, both wrists and thumbs and more fingers were affected, as well as both ankles. No idea what was going on – were my ankles sore from getting on and off chairs? And also my left shoulder, what was that about? I felt like I’d been hit by a car, or maybe had run a marathon on my hands. It felt a lot like muscle soreness from overuse. Pretty awful. Sunday I woke up feeling even worse, but since I’d kind of figured out on Saturday that moving kept the pain at bay, I just kept busy all day. Not hard, since I had so much birthday party prep to do.

But I was exhausted by nighttime, and the pain intensified. Woke up this morning, got the boys off to school, took a leftover painkiller from my surgery, and passed out. Took the day off work so I wouldn’t have to type all day (except to write this post, of course) and am feeling much better just for getting a solid four hour block of sleep. Hopefully I’m on the road to recovery now.

Shoot, this post wasn’t supposed to be about me, but about the boys’ birthday party!

It was great. Basically the same party as last year – rented a bounce house and a popcorn machine, ordered a stack of pizzas, filled a pinata, and let the kids play and the adults hang out. The boys got to invite 5-6 friends each from their classes, and there were kids from the neighborhood there too. Lots of fun was had by all. 🙂

The amazing cake, made by my friend Angela

Grandee and the boys

Me and the boys 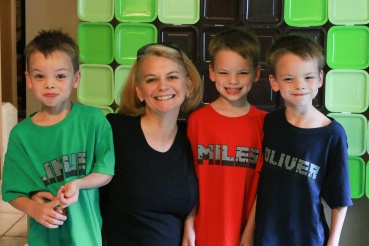 Aunt Jenny and the boys 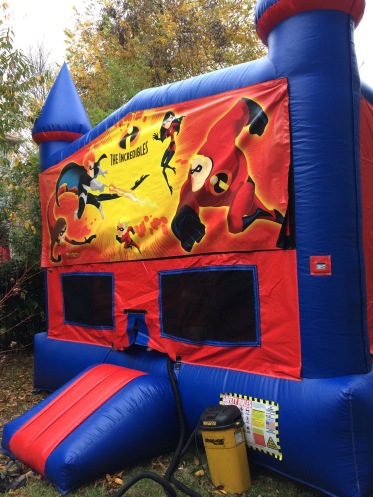 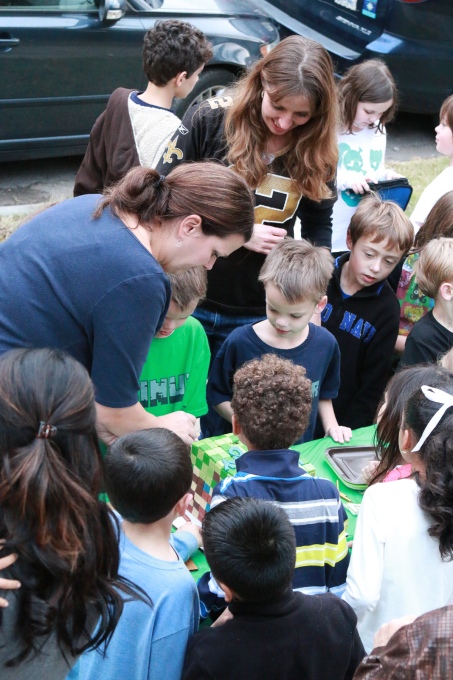 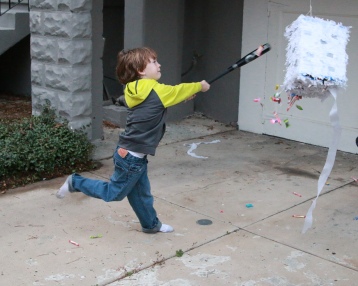 The boys and their BFF

Hank is a frat-boy in the making

2 thoughts on “The 7th birthday party!”