I’ve wanted to tackle a proper jacket for myself for a while. For a while it was going to be the Chilton Trench by Cashmerette (and I haven’t ruled it out or anything) but it seemed a bit complicated and I don’t want to make it until I find the perfect teal twill anyway. But then Helen’s Closet posted about the Pona Jacket, which is very simple – unlined and not even closures, so I jumped on it. Bought the pattern the day it came out, and immediately knew which fabric I was going to use.

When we were in Virginia, I bought some fabric at IKEA but without any ideas for it. It’s a cotton canvas, not super heavy, but definitely meant for home decor. I thought a shift dress or an a-line skirt, maybe. The print was very large and bright, so whatever it was, it was going to be BOLD. 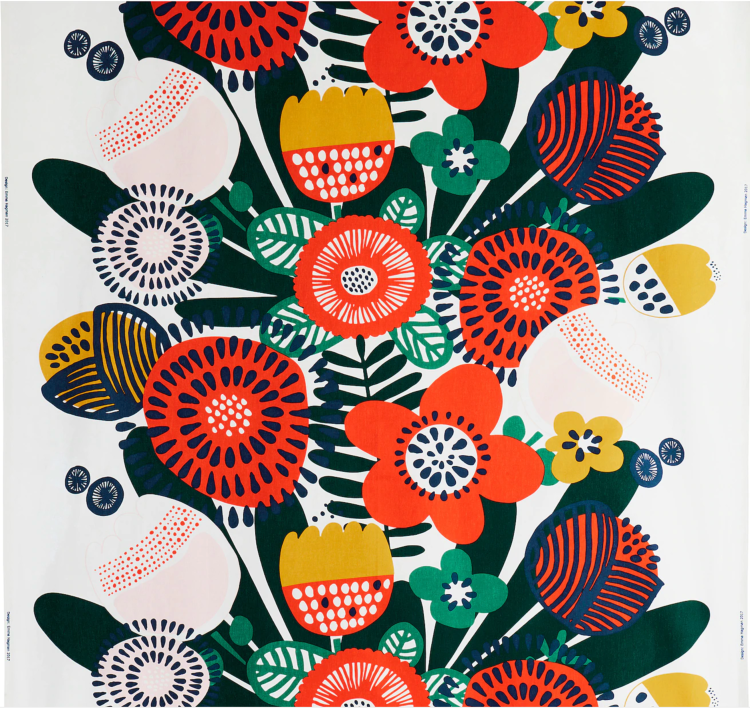 Well, obviously it was just waiting for this jacket pattern to come out, because it’s a match made in heaven. The only small issue is that it’s really more of a spring print, and it’s November, but WHO CARES?

It was a pretty easy make – I’ve made several button down shirts for George and the boys (and other male friends) so a collar and lapel and facings aren’t a huge deal to me. But because this one has a neck facing as well, it was SO much easier to deal with. I have a feeling every one of those button down shirts I’ve made is slightly wrong around the collar area. OH WELL. No complaints yet. (I don’t know enough about construction to know if it’s because shirts use yokes? Or I suppose a neck facing in a button down shirt would be weird? But anyway, whatever.)

The whole thing came together in an evening, which was exciting. I love quick makes that look impressive! 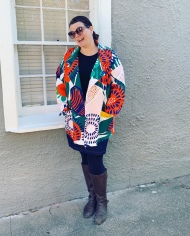 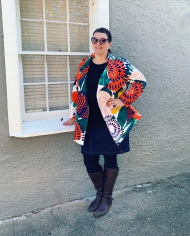 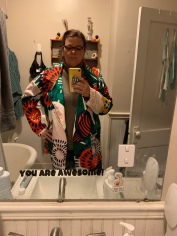 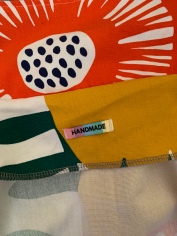 Got myself a pretty vintage beaded purse at @merchanthouse.co today. For all my black tie events. 🤔 #treatyoself
Boosted! 🦠💉
The traditional “walk to Congregation during fall break” pic.
I made this whole outfit in the past month or two. I guess I’m getting out of my rut? The shorts are #caldershorts (my “winter shorts”), the cardigan is the #blackwoodcardigan that I posted a few weeks back, and the shirt is a #seamworkakita in a fantastic #schittscreek themed fabric from @spoonflower. (Came in too late for our trip last weekend.) And it all goes together pretty well, just by accident! #sewing #memadewardrobe #ewdavid #cashmerettepatterns #helenscloset