I’m going to try to blog about other stuff for once. I will probably fail.

Okay, well, how about I get the sewing stuff out of the way first, and then I will talk about other stuff? Okay.

I currently have a wealth of fabric. Definitely not complaining! I don’t have plans for most of it, I’m just going to wait for the right project to come along. I am going to make another Akita shirt out of some teal linen for my upcoming trip to Singapore, though, and I want to make a dress as well out of another linen I got. (Okay, since I started this post, I made the Akita shirt, and I even made my own bias tape for it and NEVER AGAIN at least not until I forget what a pain THAT was.) 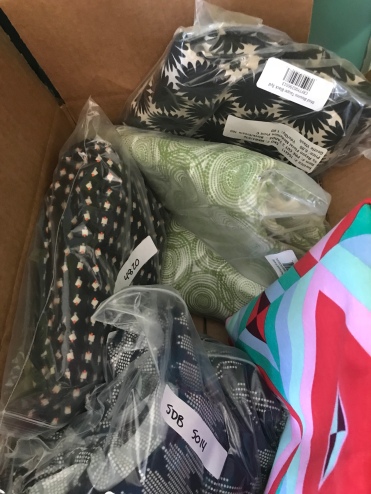 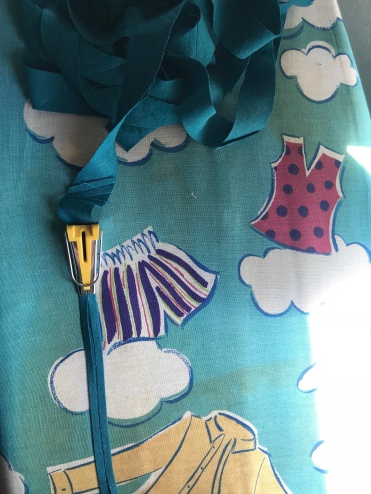 But the dreamiest is this gorgeous Art Deco rose gold sequined fabric. I don’t have the skills to use it yet, but I will one day. It will need to be lined in satin or something, and zippers might need to be involved. So it will have to wait until my skills have caught up. But it’s going to be amazing. And I’m going to wear it every day. 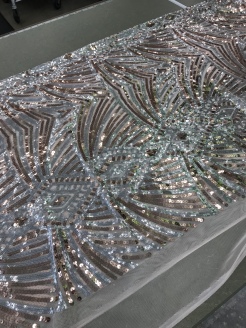 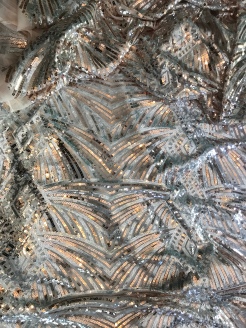 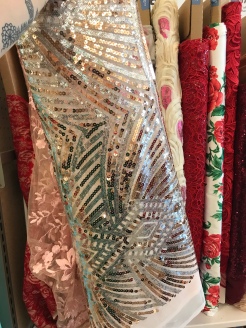 I had a pretty bad fail this weekend. I have been dreaming of this Charlie Caftan for a while and finally bought the pattern and made it with some fabric that I was given and liked but wouldn’t be devastated if it didn’t work out, and guess what, It didn’t work out. It looked like a hospital gown. Probably partially down to the fabric, but also the fit just isn’t great, and I think the pattern just isn’t for me and I just need to accept it and get over it and deal with it. Probably because I’m so cheap the hardest part to swallow is the $14 loss on the pattern – since it’s a PDF pattern it’s not like I can just give it to someone like I could if it was a paper pattern. But it’s a lovely dress on plenty of people. Just not for me.

Anyway. I did make this adorable hat for a friend’s 2 year old (hopefully pictures to come with his head filling it) and it’s absolutely not perfect but he’s 2 and hopefully not terribly picky but I know how to make a better one next time and since they don’t take up a ton of fabric I can make a bunch more with the scraps I have. Free pattern here! 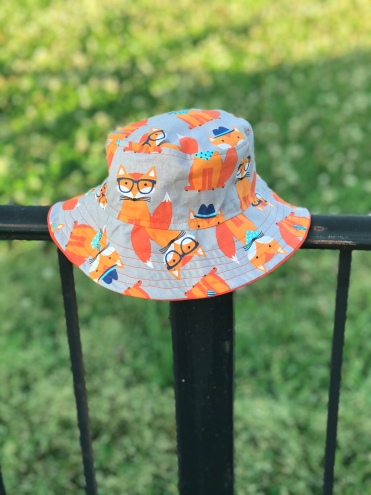 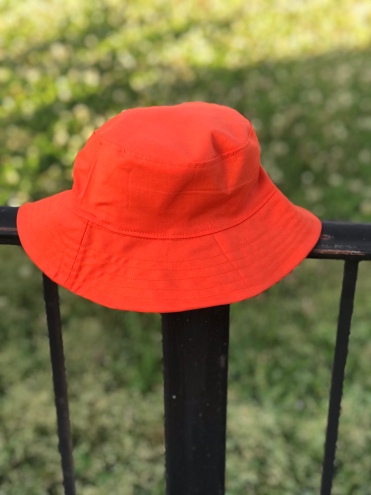 Oh, but probably the most fun thing from the weekend was my curtain dress. I actually made it several weeks ago (kind of weird considering I only dusted off my mom’s sewing machine 5 weeks ago[!]) out of a curtain I bought for $6 at the thrift store for a 60s theme party at the pub this weekend. It was from a Simplicity pattern that cost twice as much as the fabric, but I might be making this again in a real fabric, in a more fitting size (this one is a bit too big.) It was super fun and I even put in a zipper! I didn’t stress about this dress at all since it was really a costume, so maybe that’s the key. Don’t overthink it. Actually, that’s advice I should be taking anyway. 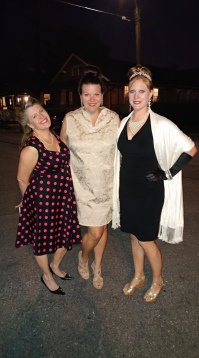 With my glam gals 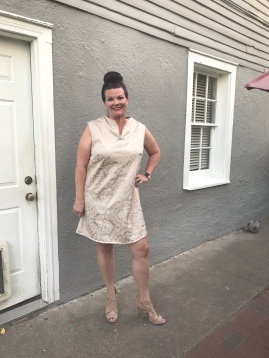 60s dress out of a curtain 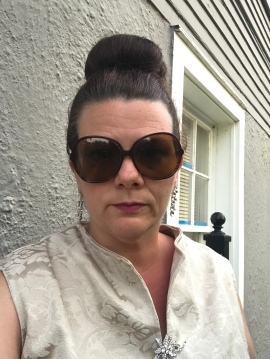 Another project I whipped up is a weighted blanket for a friend. All I’m going to say about that is, I know why they cost $200 now. The materials for a 20 lb blanket were around $80 but holy heck that was hard to sew. Just as I was finishing it up I figured out some things that would have made it easier, though, so maybe I would make another one if someone asked me to.

Okay so also I made more pajamas and learned how important prewashing is because Oliver’s shirt and Miles’s pants shrunk a TON (they were made of knit) so that sucks, though Miles’s pants are shorts now so that’s okay but Oliver’s shirt is kind of a loss because he really wanted long sleeves and the whole thing is just kind of misshapen now so maybe I’ll just cut it up and make a hat out of it. And I made Hank some pajama pants for his birthday and he was not super excited because even though they were Paw Patrol fabric they were pajama pants and five-year-olds want toys, not clothes. Oh, I mean, I also got him a stuffed Paw Patrol thing but I don’t think it totally made up for the fact that I gave him clothes.

Okay! Now we can move on to non-sewing-related things!

The boys are obsessed with soccer. They’ve been playing at a field right by the airport. I mean right by. 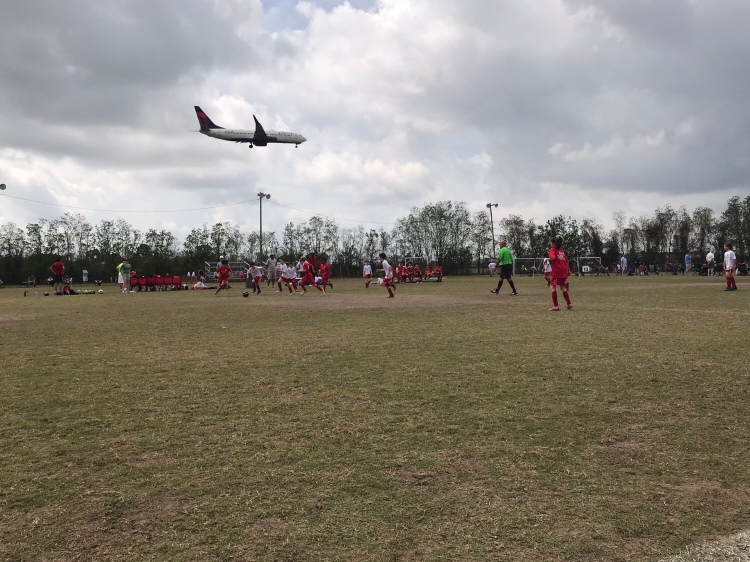 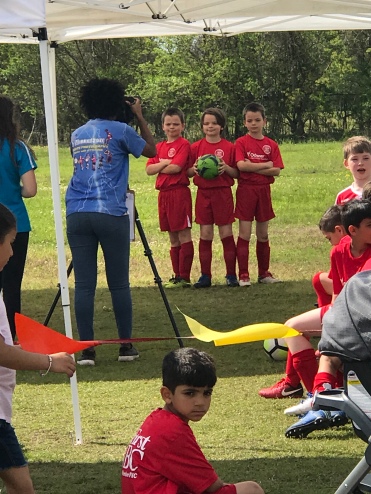 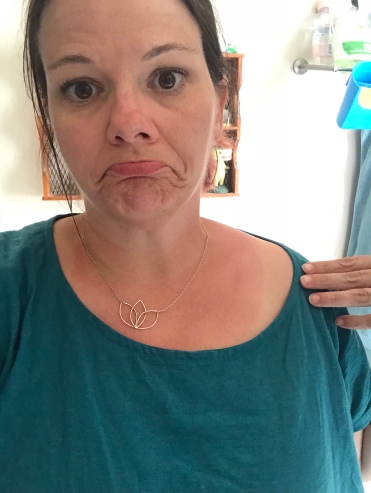 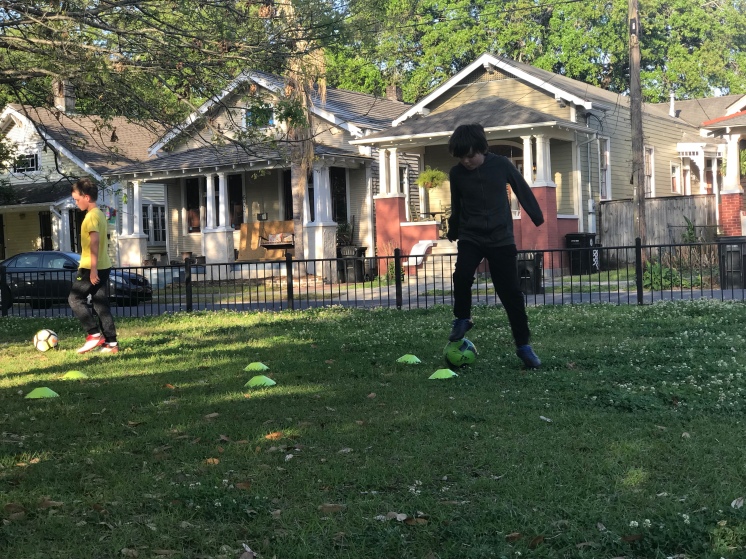 Kicking the ball around at the park

Like, for instance, today after school I told Linus I’d take him to Academy to spend his Easter money from Granny and Grandpa on a new soccer ball (apparently you can never have too many) and Oliver spent his on those little cones for training and Miles spent his on some kind of workout pants (see in photo above) that look cool I guess. And they now spend all of their time watching YouTube videos about soccer and they have favorite players on European football teams (Barcelona is a fave, which is nice since two years ago I brought them a little ball back from there, but not nice because Ziggy ate it, but still) and all they talk about ALL the time is soccer and tonight I am going to a meeting about soccer and dare I say I miss hearing about manga and pokemon a little bit. Maybe.

Okay, well, I’ve been sitting on this blog post for a couple of days. I’m going to publish it now but I already have more stuff to write about another one! (Which, you know, will take me another week to write.)

6 thoughts on “Not totally about sewing”

Vaccine or placebo?!? Who knows?!? (They have a 2:3 chance of getting the vaccine so 🤞) #science #vaccine #guineapigs 🦠💉🧪 #triplets #identicaltriplets
Science! 🧪🦠💉
Today is also my brother’s birthday. 🤓 Happy birthday to my much older brother. He is old. I am not.
Happy happy happy birthday to my best best best friend in the whole wide world. We sure were cute in 1997, huh? Miss you Kiki and I can’t wait to see you again! (Go follow her at @morristadrinks if you like fancy cocktails!)