1. Inexplicably, the boys are into Power Rangers again. They stopped watching that dreck a year ago, and now it’s back. Yuck.

2. I was asked to be interviewed for a multiples-related podcast. Fun! If it happens, I’ll share more details.

3. I got to see my high school BFF this weekend, which was great. She was in town for another friend’s birthday party, so it was like a tiny high school reunion. I know most people would shudder at the thought, but my high school friendships are among my most enduring.

4. Miles says “night mirror” instead of “nightmare.” I love how their mispronunciations sometimes make more sense than the actual word. (They still say “movie feeder” instead of “movie theater,” because you eat there. Duh.)

5. Today would have been Stinky‘s 17th birthday. I was talking about her with the boys, and Oliver rather hilariously said, “it’s her afterlife,” whispering the last word for dramatic effect.

I did that 8k race this morning, so I’ll be working on that post next. Don’t worry, it’ll be short. 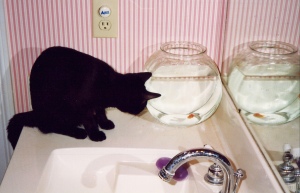 I got Stinky in Spring 1998. That was a long time ago. I was still in college. My dad was still alive. It was the ’90s, for goodness sake. I named her Isabel, actually, but somehow her name evolved from Isabel to Isa-smell to Stinky-smell, to plain old Stinky.

When I got her, she was tiny. So tiny she could barely climb over the lip into her litter box. My roommate Ann had an Italian greyhound that would carry her around by her head. I mean, he would put her entire head in his mouth and carry her around. She seemed to enjoy it, or maybe she was playing possum. Hmm. 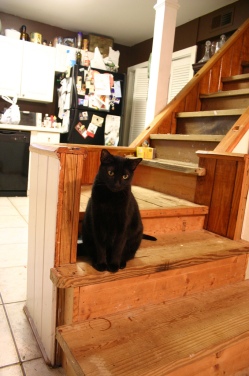 She came with me when I moved in with my mom after my dad died, she moved with me to New Orleans in 2000, and basically has been a part of my life for a long, long time.

Stinky wasn’t a particularly loveable cat, I’ll just go ahead and say it now. (Maybe kittenhood trauma from being carried around by her head?) If I wasn’t around, she was likely to hiss and moan at you, and possibly swat at you. It got harder and harder to find someone to feed her when I traveled. Even my cat-loving friends were a bit frightened of her. 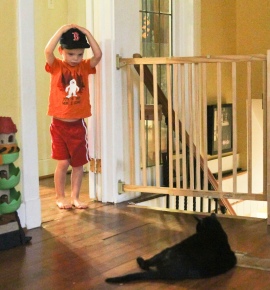 There were six people on Earth she loved. Me. Kristina. George. And Linus, Oliver, and Miles. We’d always warned the boys not to pet her, because we were never sure if she’d decide she’d had enough and suddenly take a bite of whoever was petting her. But she was always calm around them. She never swiped at them, never hissed at them. I think she felt protective of them and loved them in her own way. 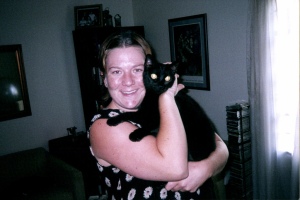 Sixteen years and seven months is a long time for a cat to be alive. Over the past few years, we’d noticed she was slowing down. Going up and down the stairs was getting more difficult. And in the past months, her decline was a little more dramatic. She wasn’t grooming herself. She wasn’t using the litter box, she wasn’t eating very much. After a lot of soul-searching and agonizing, George and I decided to put her down, so she wouldn’t suffer any longer. It was the hardest decision I’ve ever had to make.

One of the questions I was told to ask myself was, “is she acting like she did when she was younger?” which, for Stinky, was a really hard question. Stinky was never a particularly playful cat. But I knew things were bad when I got her a catnip toy and she just listlessly sniffed at it, then pushed it away. Catnip would always get her in the past. 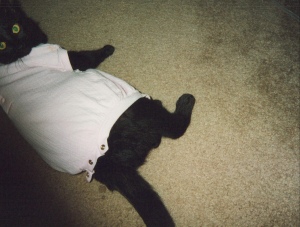 It’s weird not to have her around anymore. She’s been part of my environment for so long. Not seeing her curled up in a pile of dirty laundry or on a pillow she’d co-opted is weird. Not dodging piles of cat barf is welcome, but also kind of strange. It’s odd to think I won’t have to hide my toes under a blanket when I’m reading on the sofa now. And we won’t have to worry about cords getting chewed on or water glasses being drunk out of.

The end was sad, but very peaceful. I had a little photo shoot with her yesterday before we headed to the vet. She was such a beautiful cat, but I don’t have a ton of photos of her because it’s hard to photograph black cats. 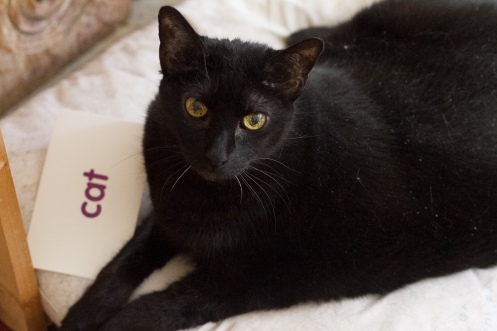 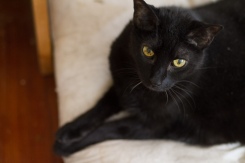 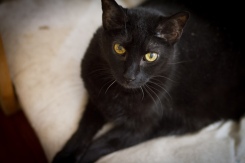 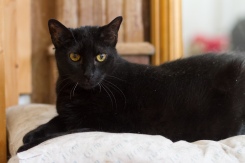 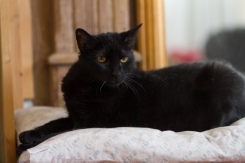 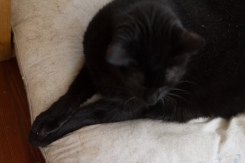 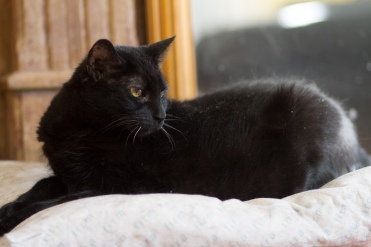 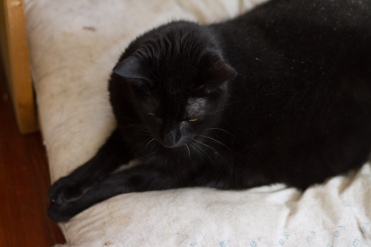 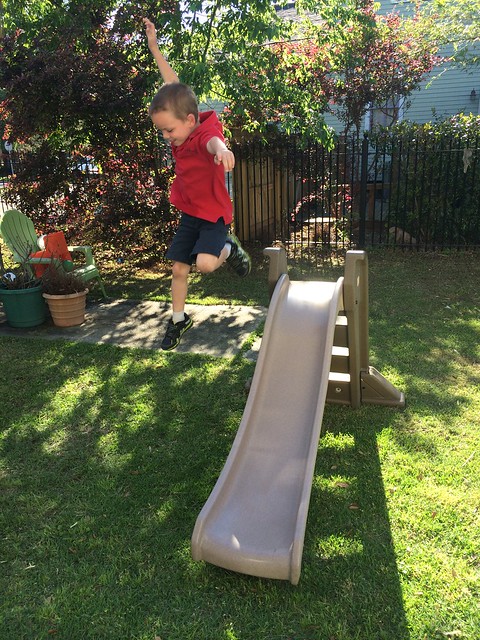 What a day. Stinky was exhibiting signs of intestinal distress (to be delicate) and since she’s 16 years old, I didn’t think the news could possibly be good. So I took her to the vet, and after expensive testing, it was discovered that she’s literally just full of shit but otherwise healthy. She’ll outlive us all.

I took Linus and Oliver with me to go pick her up, but before we could leave, Linus needed to jump off the slide. As one will.

I needed to replace the back waistband on these @closetcorepatterns #pietrashorts for reasons so I decided this was the only tag to use. PS the rainbow serger threads look so good here, don’t they? #wintershorts #seamripper #swearysewist #memadewardrobe #sewing
It’s me! And the artist at work. Thanks @iamkarenalma! 🎨🖼️👩🏻‍🎨
It is simply not possible to express how cool we are. 😎
I have good coworkers. 🎂🎈🥳🎉
Join 2,593 other subscribers