Until a little while ago, I had no idea how many half-marathons I’d completed. Half a dozen? That would be my guess. But I’m happy to say I figured out that I’ve finished eight, and Saturday’s will be my ninth. Similarly, I had no idea what my best and worst times were, so with the help of Google, I was able to figure out my official times for all eight of those races. My hope for getting a personal best on Saturday has waned after reviewing this list, but we’ll see…

(I had to include the seconds in 2010’s results, because, by golly, I sure was determined to make it in under 3 hours!)

I remember most of those races. Certainly the first one. My friend Chris and I did it together, just as we did the London Marathon together a few months later.

I wish I could remember the second one so I could figure out how in the world I finished so fast…hmm. The third one was slow because I walked it with some friends.

I can’t figure out how I did the 2006 one so quickly, because I know I got a terrible blister near the end that forced me to stop and get aid from an ambulance on the course. But somehow they didn’t have any band-aids. I’m pretty sure my real time was about five minutes faster than it’s listed. Oh, and this was a very small race. I came in second-to-last.

My friend Kelly and I did the 2007 one together, and my most vivid memory of that one (besides falling down at about mile 11) is singing the songs from Music & Lyrics, which we saw together the night before the race. 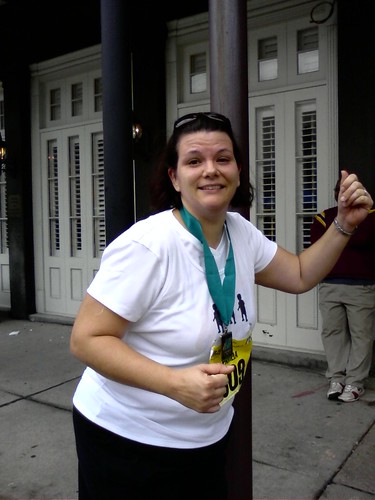 I took the boys with me to the expo before the 2010 Mardi Gras Half. Oh, and that one was fun because I passed a couple from the Biggest Loser. 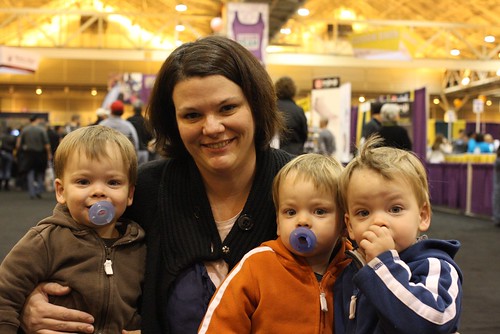 The half I did in March was pretty good. The time wasn’t stellar, but I felt good throughout, and I did it with friends.

Now I weigh about 20 pounds less than I did then. Hopefully that does the trick! If I can maintain the 11:30 pace I kept for my run on Saturday (doubtful unless the weather is really perfect) I could certainly set a PR. Fingers crossed!

2 thoughts on “My half history”

Soccer during #mardigras is just a little more picturesque. ⚽️
I’m at $931 right now...help me get to $1000 (and a chin length bob) by the end of the day! Link in profile. #stbaldricks #cutitoff #cutitalloff
Nailed it. #stripematching #sewing #sparkly #sewmardigras
What wait wait how had I never heard of the fabric wonderland that is Jefferson Variety?!?!? #mardigras #comingsoon #whatsitgonnabe #sewing #fabrichoarder #sewnola
Mardi Gras skirt. #donovanskirt #helenscloset #memadewardrobe #mardigras #ithaspockets #andsparkles #sewcialists #curvysewing
The little fist pump after this shot makes my heart melt a bit. #archery #linus #proudmama
Past and future (hopefully🤞) Eagles. 🦅 @lsmsa ❤️
Linus is ready to shoot! #archery 🏹
Pretty and delicious! Confetti cookies made by @kristinakloiber, recipe from @smittenkitchen. 🎉😋