– Miles has a dance competition tonight. I don’t know what’s going to kill me first, this or the movie we’re working on. (Coming soon…very soon.) I’m not sure if I’m going to see the tango for the first time, but if it’s anywhere near as cute as the merengue or the swing, I’m doomed.

– I’ve been having pain in my achilles’ tendon for a couple of months now, and I finally made an appointment with an orthopedist to get it checked out. It turns out I have, as I suspected, achilles’ tendinitis, so I’ll be starting physical therapy next week to get that worked on. I was oddly proud when the doctor told me I had the tightest achilles’ tendon he’d felt all day! (How many achilles’ tendons does he feel in a day? A lot, I guess. He is the practice’s ankle expert, after all.)

I can’t run until it’s not pissed off at me anymore, so now I go to the gym and die of boredom on the bike or elliptical instead. I know lots of people think treadmills are boring, but you can run or walk or do intervals or go fast but on a bike or elliptical, you just…ride a bike or do whatever it’s called on an elliptical.

– A couple of weeks ago, when we came back from DC, I started a rotation on a new team. It’s really cool to learn a different side of things from what I’m used to. And on that note, if you have a passion for WordPress and helping people, we’re hiring.

– Yesterday was George’s birthday and at his request, even though it’s spring in Louisiana, I made beef and barley stew. I have to say, it was incredibly delicious. I used this recipe from Williams-Sonoma, but subbed out beef broth for all of the water, I used bone-in short ribs for most of the meat (took the bones out at the very end) and threw in a parmesan rind. Oh, and a dollop of red wine. I was using all of the tricks I could think of, and they worked. Man, it was good.

That’s four. Hmm. Here are some random photos, then.

Linus invented a game. I can’t figure it out, it’s way over my head.

The boys finally WANT to read. The trick was just figuring out what… 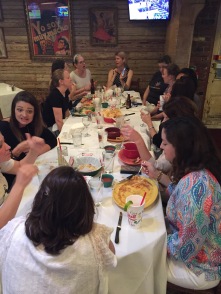 Dinner out with my triplet mamas! 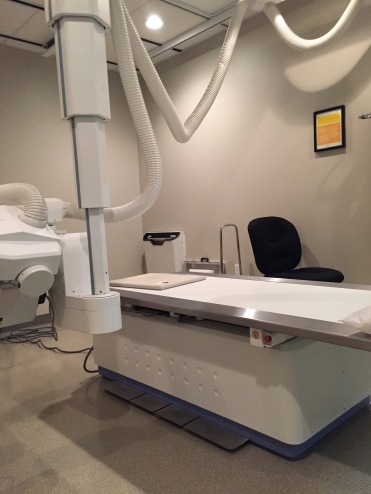 My ankle got x-rayed.

New shoes for our trip to England, which is coming up soon! They will hopefully work for the “hiking” we’ll be doing (i.e., walking from pub to pub) in the Lake District.

Kind of a mess, but hopefully tastes good! #fingerscrossed #kingcake
To cap off the JV soccer season, there was a freshman vs sophomore game. Miles was the freshman coach. And they won, 2-1!
I needed to replace the back waistband on these @closetcorepatterns #pietrashorts for reasons so I decided this was the only tag to use. PS the rainbow serger threads look so good here, don’t they? #wintershorts #seamripper #swearysewist #memadewardrobe #sewing
It’s me! And the artist at work. Thanks @iamkarenalma! 🎨🖼️👩🏻‍🎨
Join 2,593 other subscribers