Dealing with constant sickness since I got back from Australia means I haven’t been able to finish blogging about it. So without further ado, a recap of our short time in Melbourne.

On the flight from Auckland, Deborah made friends with a Finnish triathlete who lived in San Francisco. She shared our taxi with us to our hotel, the grand old Hotel Windsor. This hotel was cool. It was old and the hallways were hella creepy, but the rooms were updated and very clean. Plus, they had a menu where you could order different types of pillows for your bed. FANCY!

But the long hallways also reminded me uncomfortably of this: 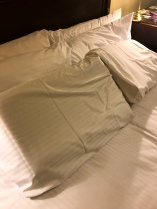 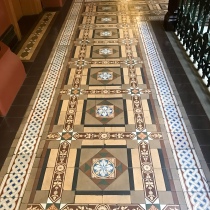 After we were checked in, I went to go visit Deborah’s room, and from her window I spied a rooftop bar across the street with Pimms umbrellas. SOLD! So we went over there for dinner and a pitcher of Pimms. END_OF_DOCUMENT_TOKEN_TO_BE_REPLACED

I really need to be better about blogging more during trips and not saving it all for the end when I get overwhelmed. I also need to remember to set my camera clock to the local time so I don’t have to figure out exactly how many time zones to adjust it afterwards. Especially fun when you have DST starting in one country while you’re gone. (Ultimately I decided life is too short to care if my photos’ data is off by that many hours.)

I apologize for any repeated photos from the last post or social media. And now, let’s start the recap…

I left for Sydney on Sunday, March 5. George and the boys dropped me off at the airport after lunch at Chipotle, and everyone was in high spirits. I had a bit of time to wait, so I was still at the gate when Linus called me, sobbing, and begging me to come home. Well, break my heart, why don’t you? Talk about feeling like the World’s Biggest Jerk. Sigh.

I’m not going to bore you with the details of the next 20+ hours. First I flew to San Francisco, which took 4 hours. Then I waited for Beckett, and we got on the 15 hour flight to Sydney. It was fine. I slept a few hours here and there (which is huge for me, so yay) and I watched a few shitty movies. United can bite me for still having the old movie selection on the plane, so there was nothing I hadn’t seen a zillion times. LAME.

We arrived in Sydney on Tuesday morning, which still doesn’t fail to freak me out a little bit (WHAT HAPPENED TO MONDAY?!?!?) Getting through security and customs and all that was a piece of cake, though I was pretty upset not to get a single new stamp in my passport during this entire trip. Sad! However, the reason for this appears to be that everything is automated and therefore extremely fast, so I shouldn’t complain too much.

We got a taxi to the hotel, the Metro Hotel on Pitt. It was nice. They held our luggage while we got lunch at a sushi place in a nearby shopping center. I posted a pic on Instagram and it seems as if everyone on earth has been to this exact sushi place. We did a little shopping after, and I got some lipstick that was very appropriately named for my job. (The final interview for everyone applying to work at Automattic is called the Matt Chat. I wrote a little about it here.)

After we were able to check in, we took little naps, then got some dinner from a place down the street. Found a bottle shop for wine, and watched some Australian tv before crashing. (Well, American shows on an Australian tv set.)

The next day we went to find somewhere to get some work done. We ended up (after getting lost and going to the wrong train station) coworking at an adorable cafe on an adorable little side street kind of alley thing in an area called Artarmon with our coworker Kristen. When the cafe closed, Kristen invited us back to her lovely home where we drank her wine, ate her candy, petted her bunnies, and played Ticket to Ride. We are outstanding guests.

Figs and ricotta on toast.

The view from Kristen’s kitchen. 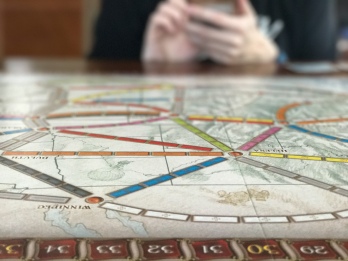 That evening, we…ate again? Probably drank a little wine? It was a week ago, now!

The next morning we got up bright and early for a run. Our hotel was not far from a park (Hyde Park?) that connected to another park (?) that led down to the Sydney Opera House and the harbour.

It was such a nice run! It was cool outside and not sunny, and we ended up running 5k (but Beckett only counts running, so including the walking and climbing stairs and stopping to admire the flowers, we actually went a lot further.) 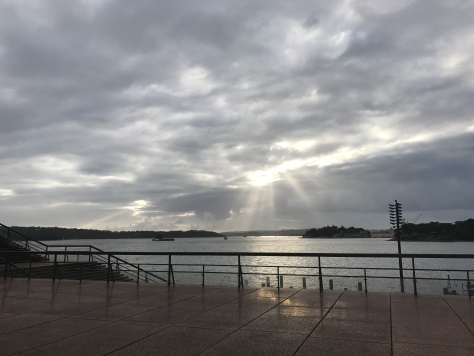 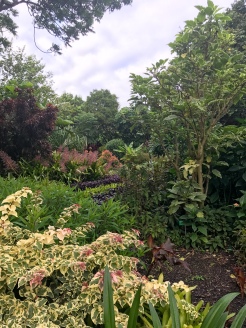 It was a great run. After we got back to the hotel, showered, and ate breakfast, we headed to the Zoo. We were determined to see some Australian animals, and since we were sticking to cities, we figured this would be the best way to go about it.

We saw adorable schoolchildren, koalas, kangaroos, lots of snakes that can kill you, and other exotic and deadly and cute creatures. 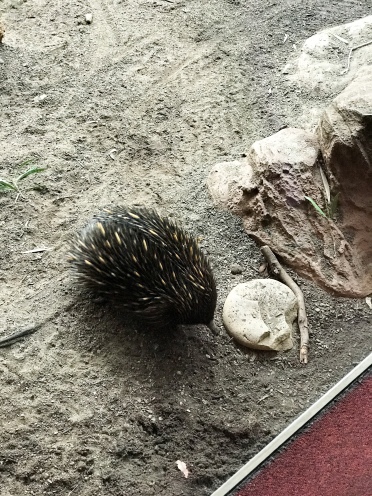 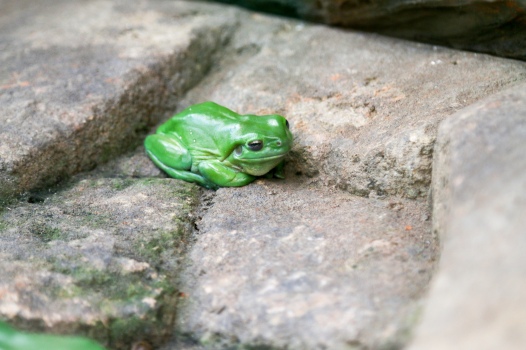 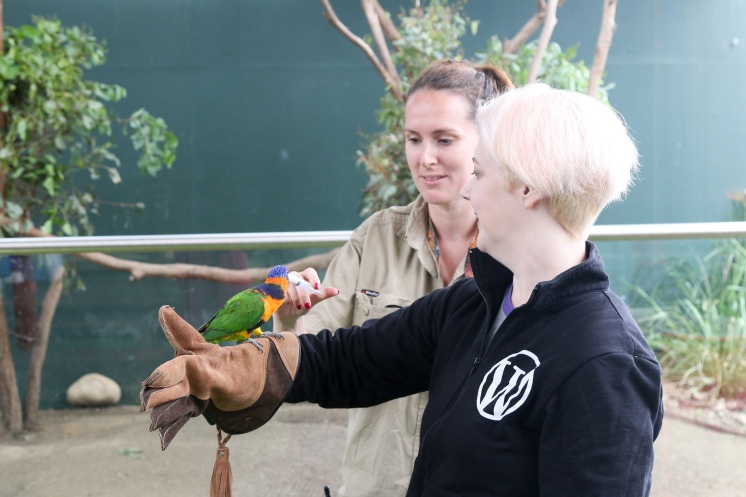 Later, we made our way across the Harbour Bridge (via train again) and got off in Milsons Point. The view of the Opera House from this vantage point was really spectacular, but we really came across to see Luna Park up close. Kind of nutty. It wasn’t open, sadly. 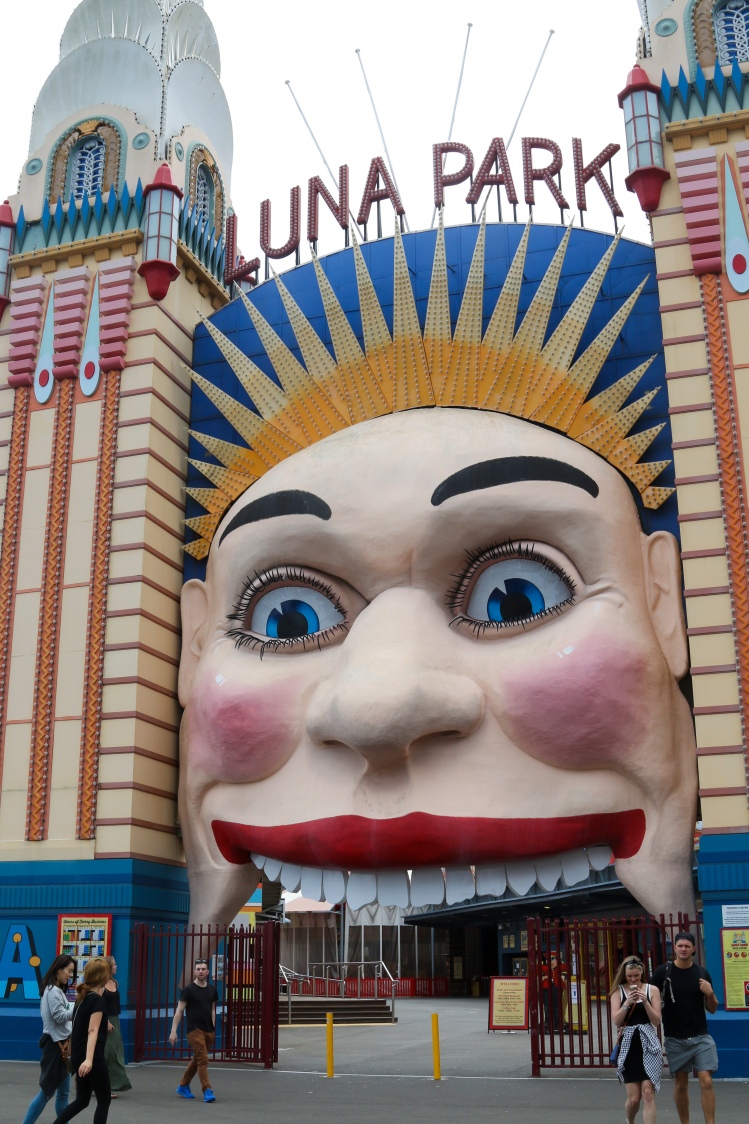 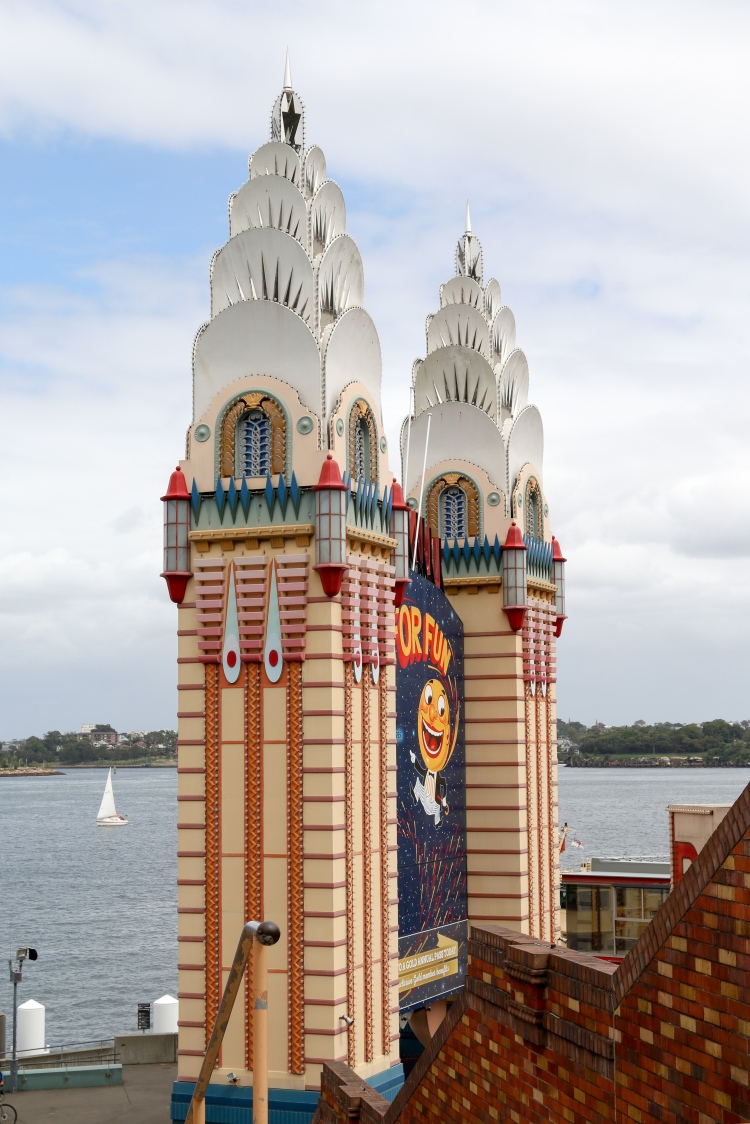 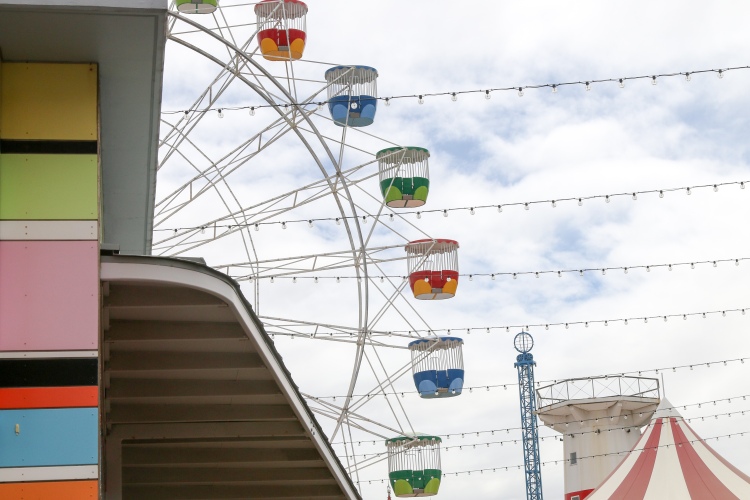 After lunch, we headed back across the water and did a little shopping and saw a giant fluffy dog and then rested up before our event that evening. We were hosting a little gathering for the local WordPress meetup group, where we chatted about support and hopefully convinced some people there to apply to work at Automattic!

The next morning, we had to pack up our stuff because we were headed to Auckland!

Today we are in Auckland, but Beckett and I were in Sydney from Tuesday to Friday. I will post a lot more photos and words when I have more time, but for now, just a few pics…

Reminds me of another place I’ve been recently… 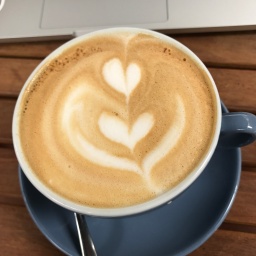 Swag table at our event.

We ran to the Opera House

Things On Toast was my food theme for Sydney 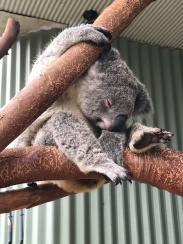 Things that have been happening lately:

God I love that movie.

There was seam ripping and deconstruction and reconstruction and things being taken in and things being taken out and some cursing and a lot of laughing and a shitload of learning. Thanks @lladybird for another fantastic workshop at @papermaplestudio! #ilovesewing #workingonlovingseamripping
Put the Christmas village I made on the mantle. I think I incorporated my #schittscreek ornaments quite nicely, yes? #moirarose #watchesusall #roseapothecary #rosebudmotel
They’ve barely changed at all. 😭
Super hard to get a picture of the #carollshrug without putting it on, so for now I just want to show off the silk jacquard that I bought in Singapore 4.5 years ago and finally cut into. #scary #cashmerettepatterns
Join 2,603 other followers