Oliver brought home his English writing journal today and it is FULL of gems. This is my favorite, because it’s about me. Heh.

In the midst of all the hair dying this weekend, I let the boys take a bath (instead of the usual shower.) And I ended up taking a sort of update to my favorite picture ever. 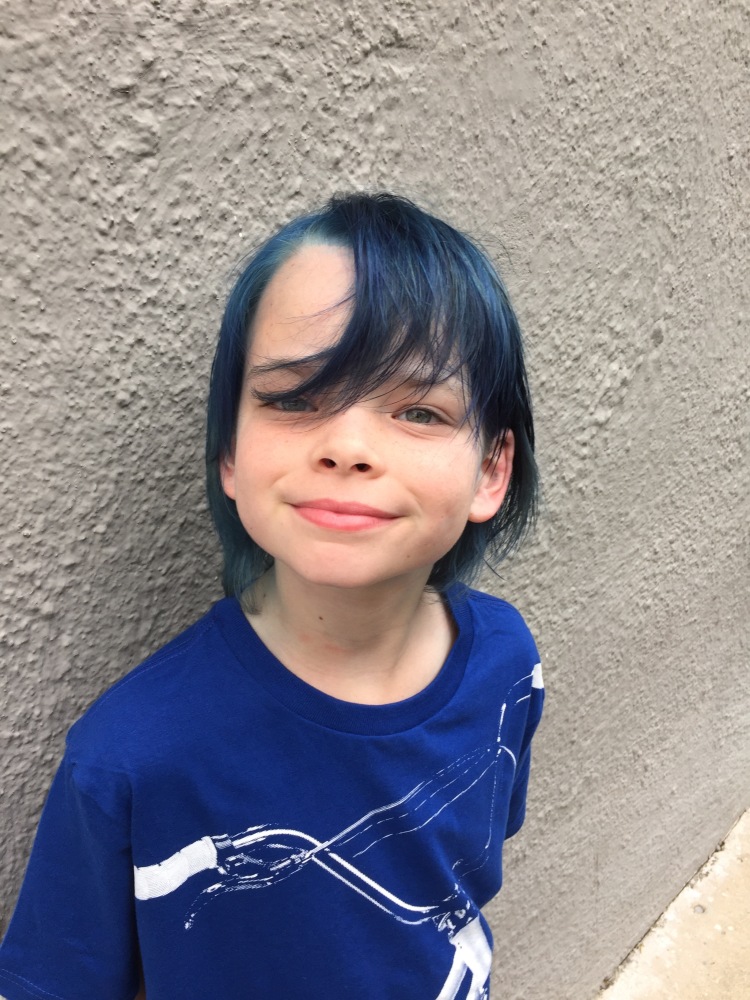 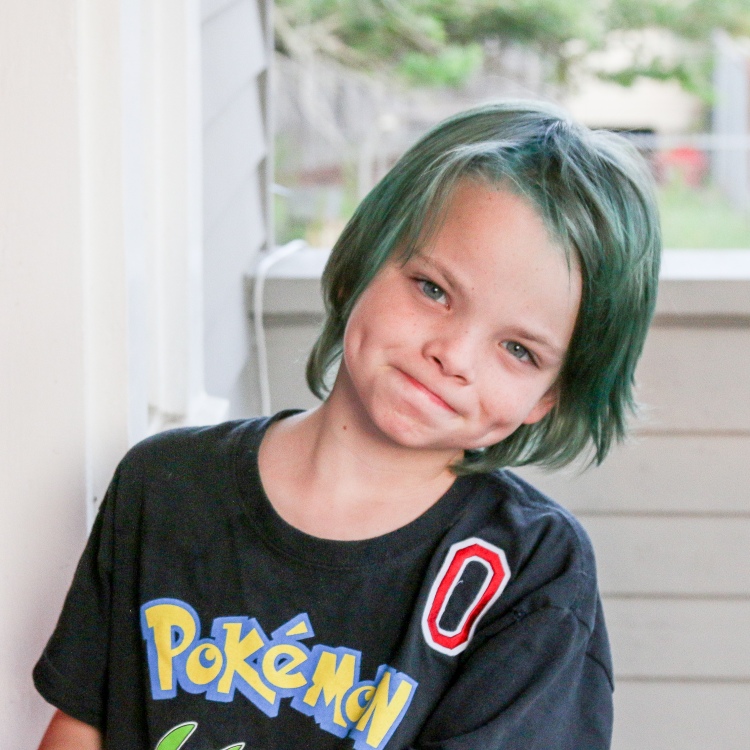 Yesterday, Oliver asked if he could have blue hair. It would be hypocritical of me to say no, so I said, okay. (Only temporary dye, though.) So today we went to Sally’s and got some Manic Panic Atomic Turquoise, which just feels right, since that’s what I used back in the 1990s.

Look, it turned out to be almost the exact same shade as his eyes. Can’t really say it’s not a good color for him, eh?

Oliver had mentioned he was having trouble seeing far away, so I took him to the eye doctor.

The boys were invited to two birthday parties last weekend. They all went to the one on Saturday (we found a far superior laser tag place, so they say) but Oliver only wanted to go to the one yesterday (he is the closest friend of the birthday boy.) So we got a little one on one time again! 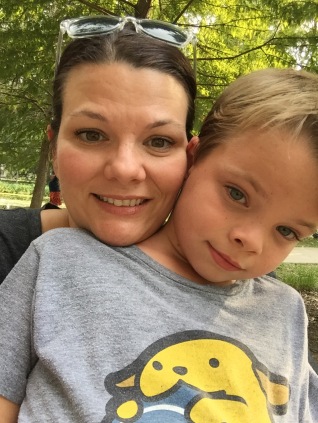 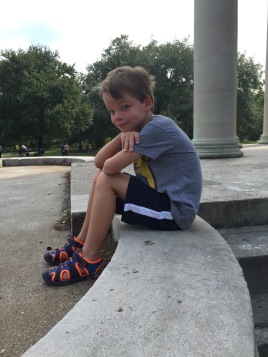 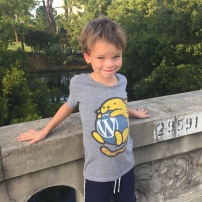 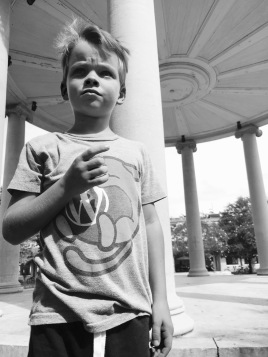 Shhh…don’t tell the brothers we got beignets! 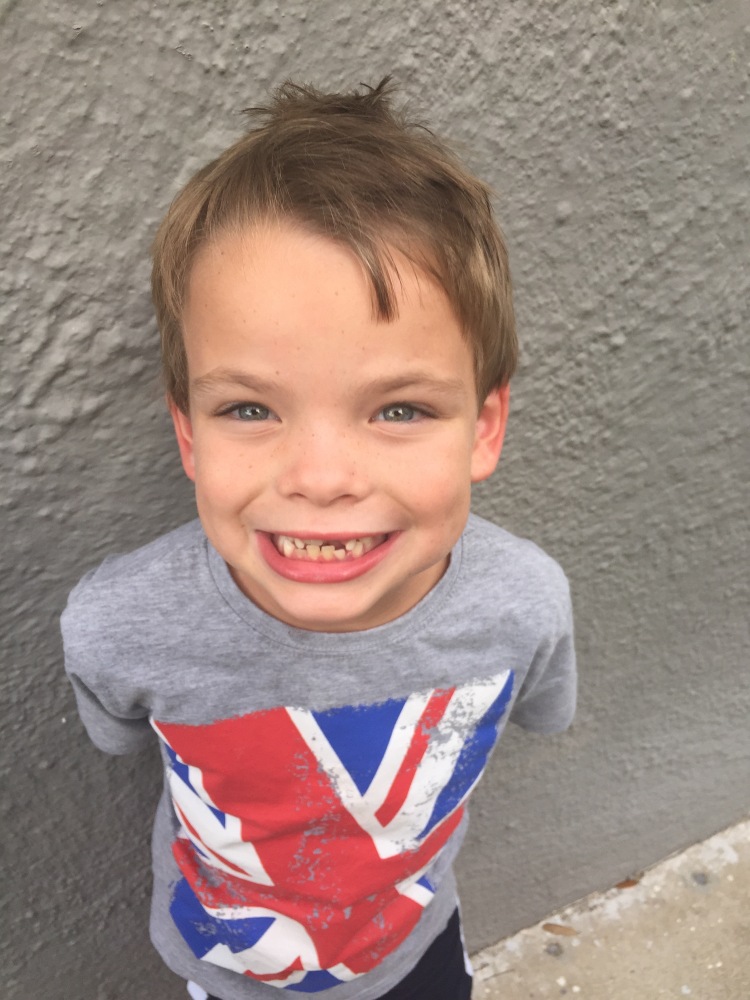 The tooth fairy has been very busy this week. She needs to get some more golden dollars, stat!

I need to figure out how many teeth have been lost this summer. I’d guess ten, at least.

One thing I’m doing this week is taking each boy out individually for a haircut, new shoes, a new backpack, and dinner. Kind of like what I did in December before Christmas.

This week, we started with Oliver.

Then, off to Toys R Us, to pick up a crappy character backpack that will probably last two months. I told the boys they’d be using their trusty LL Bean backpacks again if these new ones break. 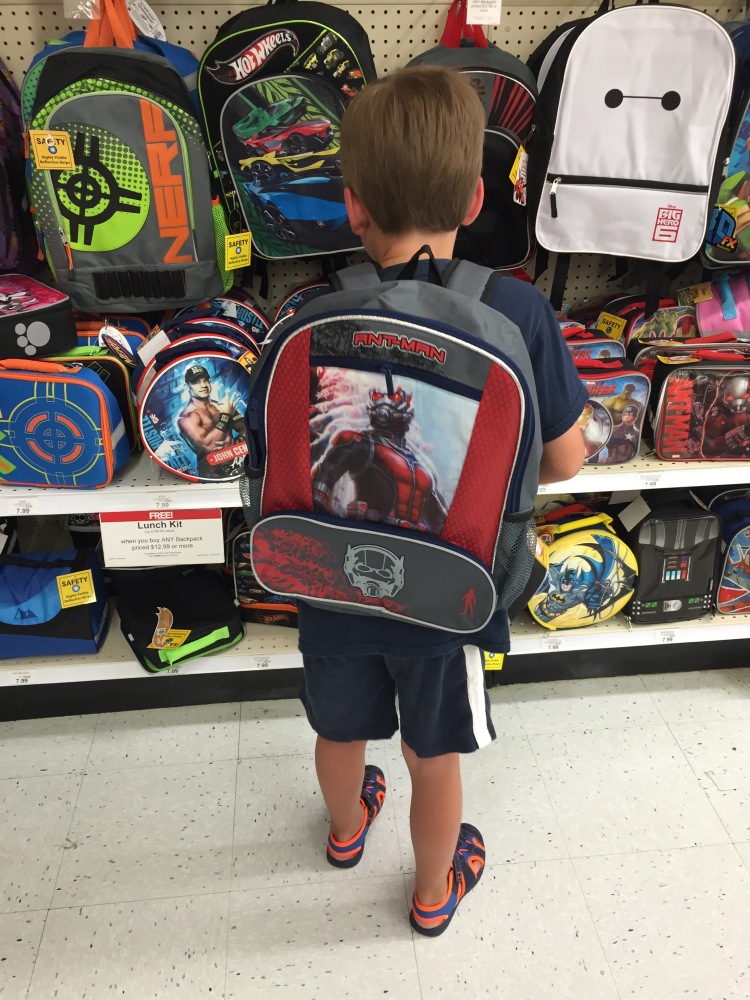 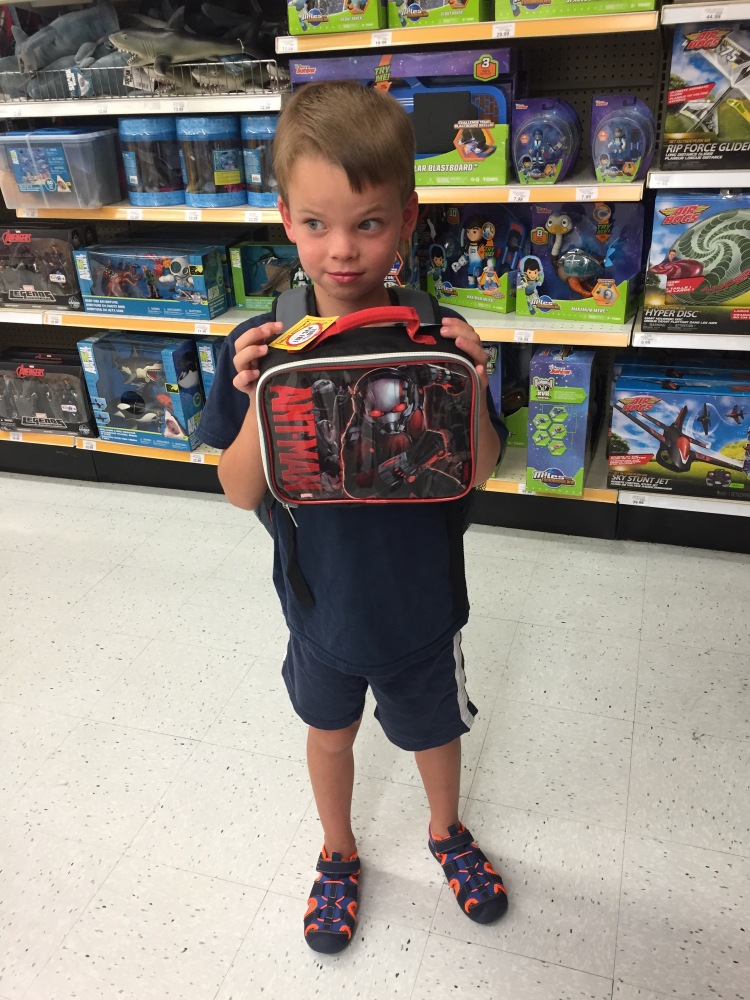 Next up was dinner. Oliver chose Waffle House. We had shockingly good service.

And finally, it was shoe time! Against my better judgement, I let Oliver pick out a pair of blindingly white sneakers. They’re so dorky, they’re almost adorable. At least they won’t be bright white for long. 🙂

This is what happens when I pull out my camera around my friend Mary Catherine’s kids. 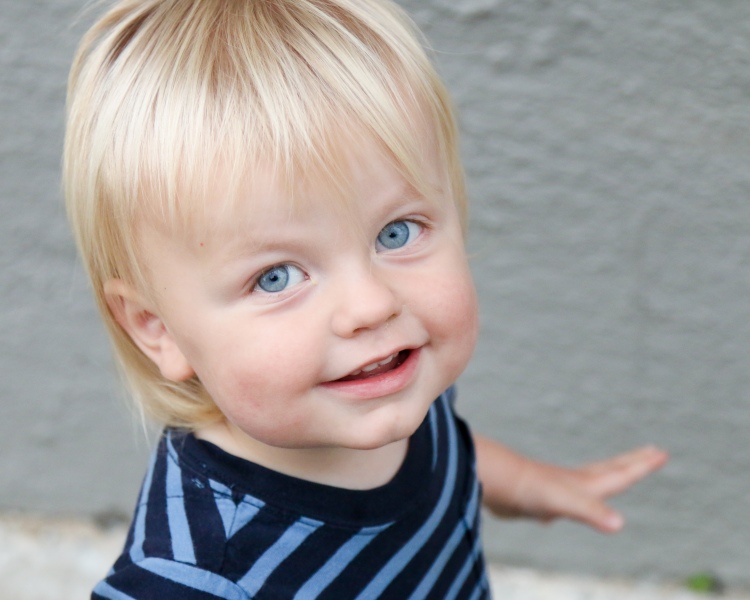 And then there’s my kid. Cooperate for a picture? I think not.

Anyway. Got to bed earlier last night, so was definitely a bit more well-rested (though was in the middle of a weird dream about miniscule bunnies in a balloon and my friend Lindsay and the zoo when the alarm went off) and this time managed a bit over 3 miles in 35 minutes.

My friend Heather is trying to convince me to do the Shamrock Run on Sunday (I’ve done it for the past two years, ever since it started, and part of me does like the idea of doing a race every year from the beginning) but I don’t know if I can run the whole thing (it’s 8K which is very nearly 5 miles, and maybe I can if I run slow enough, but it’s also mid-March and it could be warm and humid) but I have to decide today because the price goes up $15 tomorrow.

Also, you may have noticed I left out any mention of strength training. Well, I did a set of tricep somethings, but then I decided maybe I could do my arm stuff at home. So if anyone has a source of an arm routine that I can do at home that doesn’t involve the floor, I’m all ears.

In other, non-fitness news, Oliver and I had some one-on-one time at IHOP last night (every time I want to write iHop, good lord) which was super sweet and fun. We rode the bus (I mean, we sat on the same side of the booth, which in my opinion is only acceptable for parents and children) and ate pancakes. Well, Oliver ate the shit out of some chicken and waffles AND a short stack. So now I know how to fatten that kid up. I very virtuously only ate 2/3 of my Harvest Nut ‘n’ Grain waffles.

Oh, one last thing. If you blog (regularly or not) can you fill out this very short survey for me? Thanks!

I guess this means the boys probably aren’t going to try my favorite recipes anytime soon. 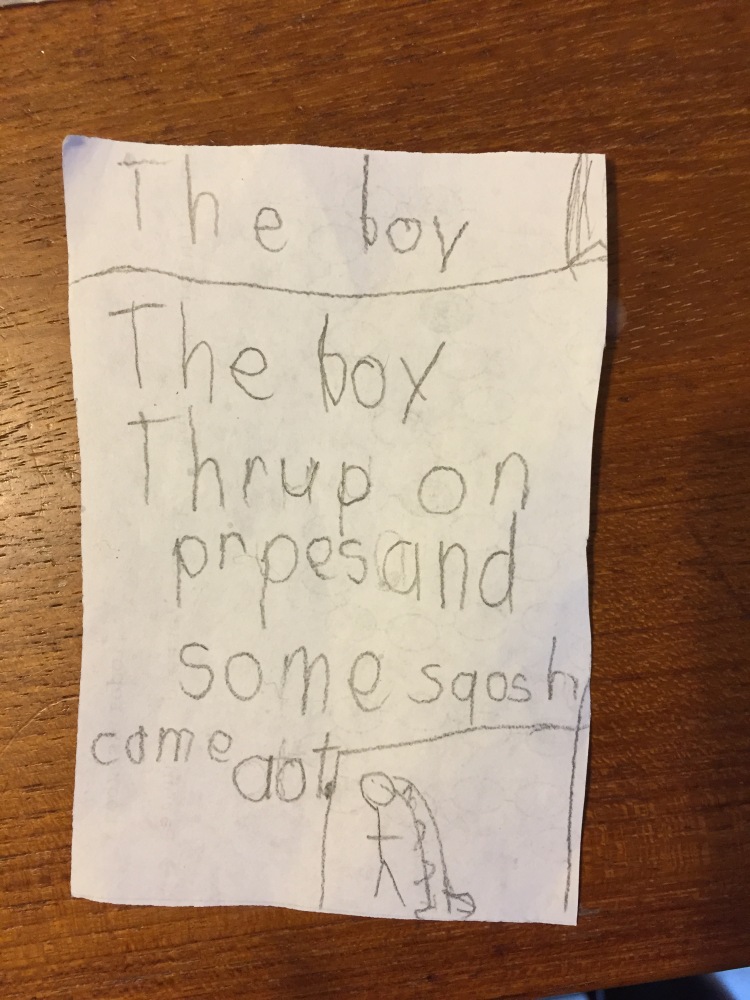 I made my first quilt! It’s huge and of course @schittscreek themed because I am me. Fabric from @joann_stores and @spoonflower, advice and moral support provided by @goteamwood. 🧵🪡📍Lots more pics and details on blog. #ilovesewing #quilting #schittscreek #ewdavid #moirarose #lookatthosewigs #roseapothecary #joannfabrics #spoonflower #stitchcollectivelabels #katmlabels
Taking a break from putting 10000000 lights on the tree to watch Home Alone with Oliver and Ziggy. 🎄❤️
The boys are enjoying their early birthday gift from Grandee and Larry. Explain how we ended up with sporty kids?!? 🏀
Sometimes I think he’s tormenting me with his cuteness. #ziggymcziggerson #dog #cute #ugh