Yesterday was my birthday. I love birthdays. Some people don’t get all excited about birthdays, don’t make a big deal about them, but I am not one of those people. I don’t think one day is enough, frankly, but what can you do?

The day held so much potential even without it being the 37th anniversary of my birth. Some giant college football game was being held right by my office, so we were being let off a bit early. And a friend had her c-section scheduled for that day.

The celebration started on Saturday, when I got a new bag from my in-laws, which they gave me when we dropped the boys off. George took me to dinner at an Indian restaurant (yum), and then we went to the pub to watch the Saints win. (I’m not a football fan, but I don’t mind watching playoff games when our team is doing well.)

I got to sleep in on Sunday, and that afternoon, George and I went to see The Girl with the Dragon Tattoo. I love going to movies. Love. After the movie, we picked up the boys and went home.

Monday was my actual birthday! Woo! I opened a card I got from Kiki, and brought the boys to school. When I got there, I checked my phone and learned that my friend’s baby was a girl! So my prediction was wrong…I thought for sure it was going to be a boy! I left work at noon and met my friend Teresa at a restaurant for lunch. We had a delicious meal, topped off by cheesecake and a champagne cocktail (and a birthday song by inebriated LSU fans at the next table.) 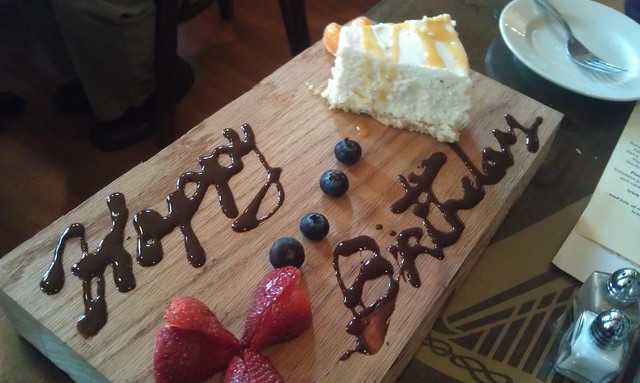 Next, the two of us picked up a birthday cake for me and the baby and brought it to the hospital, where we spent some time with the family. I love snuggling (not-so) tiny newborns! (Baby Fran, at 8 lbs, 6 oz, was exactly twice the size of Miles. Hard to imagine.) 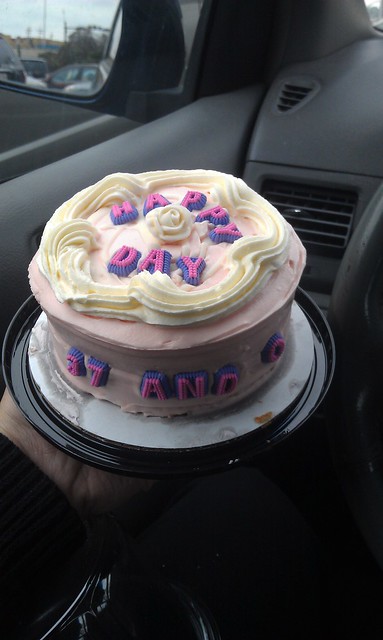 After our visit, we went back to the grocery store so I could get a little cake to bring home (we left the other one at the hospital) I picked up the boys from school, and had pizza for dinner. I am very pleased to say that the boys ATE their pizza. Even with a tiny bit of sauce on it! And then they sang happy birthday to me.

Once they were in bed, my friend Terry and I left to go see New Year’s Eve (told you I love movies!) while the rest of the city watched the football game. We were entertained by the movie, and when it was over, she checked her texts and saw that my alma mater had not done very well. As I mentioned before, I don’t really care about football, so I wasn’t too upset.

That was my birthday. Not too shabby, eh?