Last Thursday, I took the day off to spend with Ellie, who was in town while her parents went gallivanting around New York City with some tennis players or something. 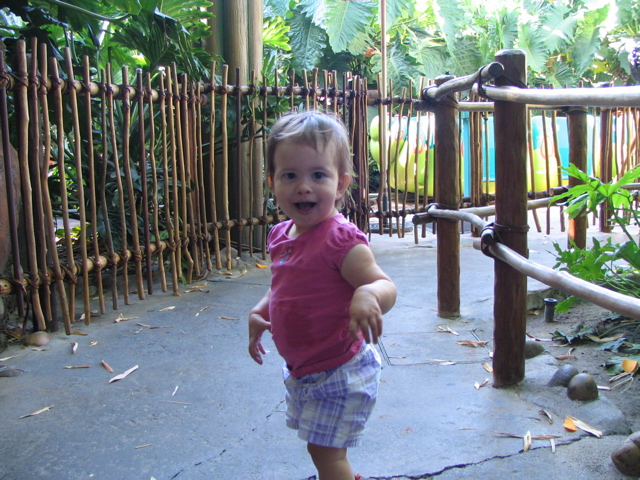 Okay, not exactly that Ellie. More like this Ellie: 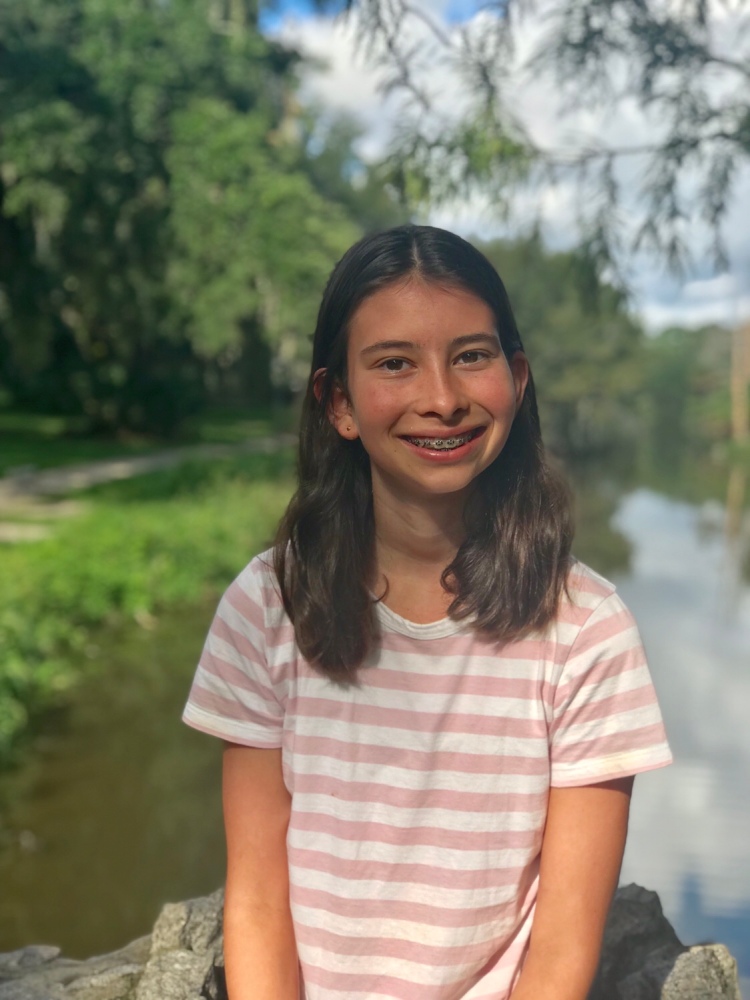 She’s a little taller now. I mean, 13 years does that to a person.

We dropped the boys off at school, and got beignets (her first! okay, my brother says she’s had them before but she doesn’t remember so they don’t count) 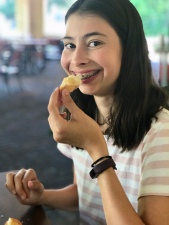 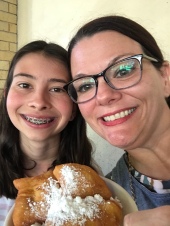 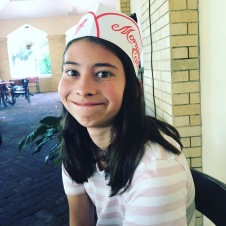 and wandered around the sculpture garden at City Park a little bit (shh it wasn’t open yet but the gates were open so we wandered around a bit and didn’t get caught – we’re such rebels!)

Then we went to get manicures. She got blue and I got red. 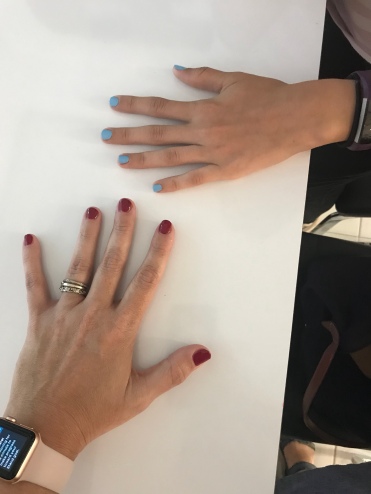 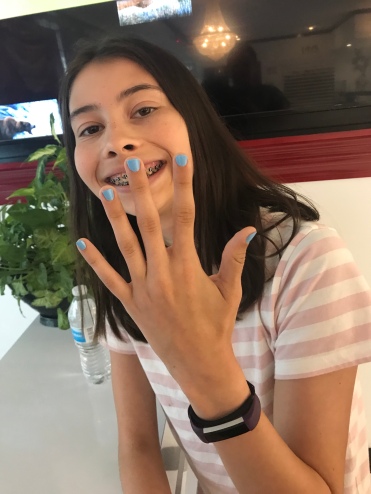 After that, we went to my favorite local fabric store and she picked out some blue fabric so I could make her some pants for school. With pockets! Then we went and met our cousin Lisa for lunch at this great place called Toast. Ellie and I had crepes, yum! I didn’t take any pictures at lunch, boo! So unlike me. Ellie was very excited because there was a Tesla parked outside. She is a tad obsessed with Teslas.

It was pouring, so we headed home so I could start on her pants before we had to head to the bus stop to get the boys. We didn’t embarrass them too much there but of course, I did make them take some pictures together. 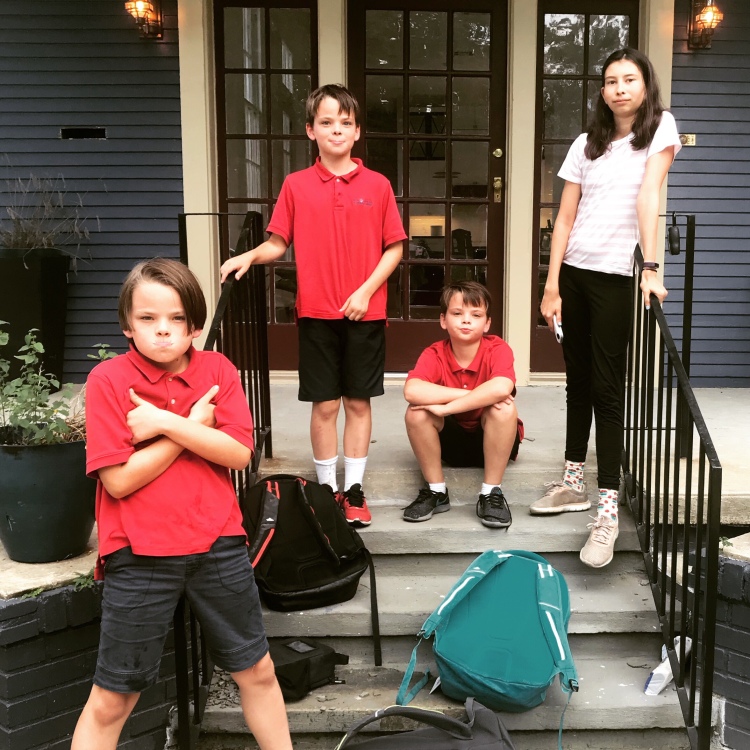 The boys were supposed to have soccer that night, but it was canceled. For the life of me, I can’t remember what we did for dinner. I know the night before we made pizzas, which was notable because we got a cauliflower crust from Trader Joes for one of the pizzas and no one noticed! SCORE! Oh well, I guess it doesn’t really matter what we had for dinner that night.

The next day we headed to Baton Rouge to hang out with my brother and sister in law, who were back from NYC, and we did fun things like swim (MY MOM WENT DOWN THE WATER SLIDE) and went to LSU to take the bench picture again and I made Jennifer an apron for her birthday. Pics! 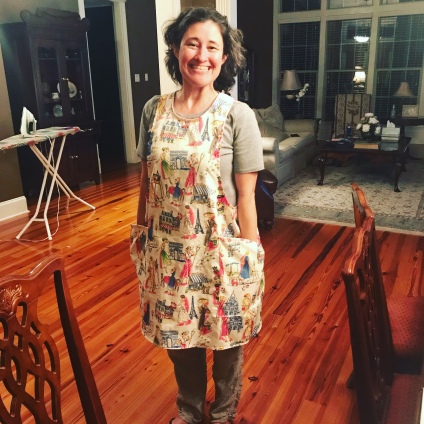 Jennifer in the apron I made her 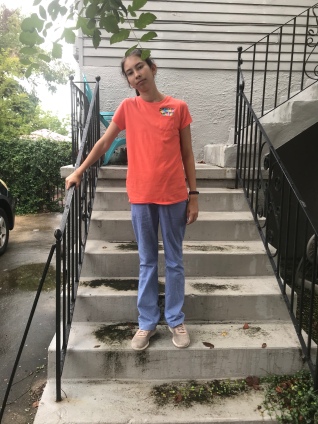 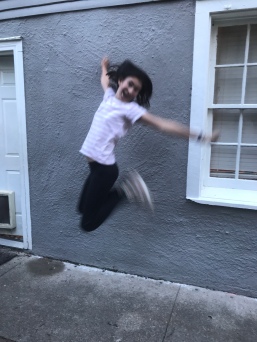 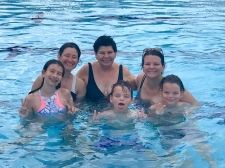 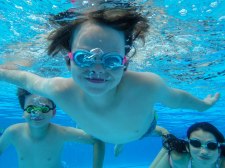 Linus and Miles and Ellie underwater 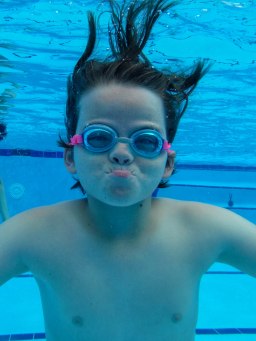 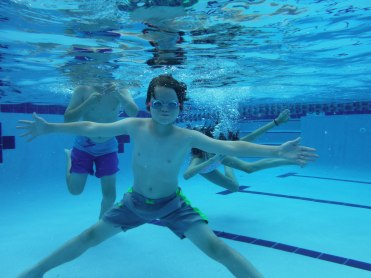 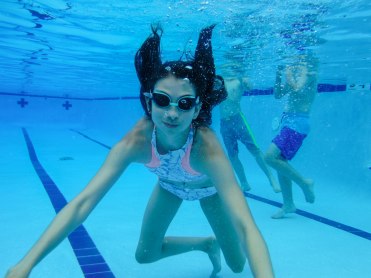 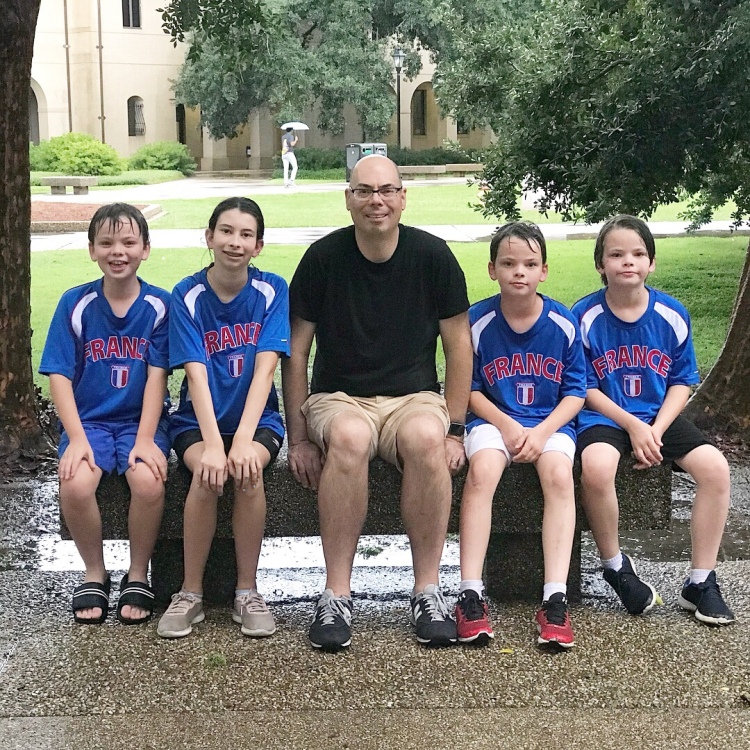 Playing in the rain: 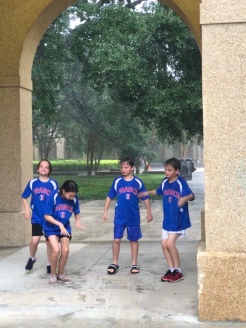 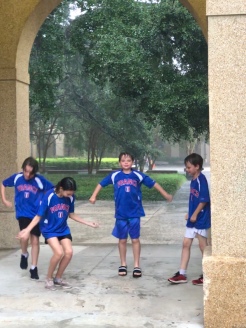 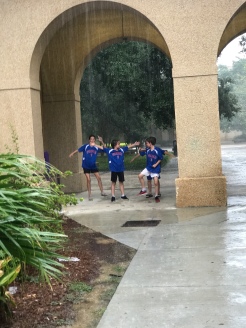 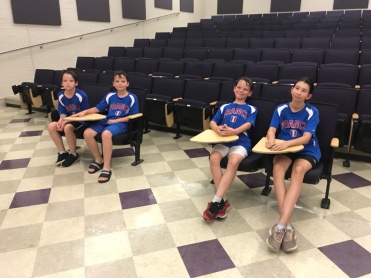 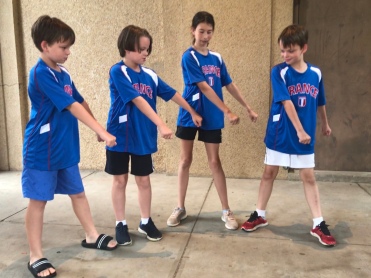 They went home the next day, but we’ll see them again in just a few months at Thanksgiving!