So I’ve already blogged about the two days we spent in NYC as well as the fun we had getting to Virginia. But most of our trip was actually IN Virginia and we did a lot there, so I need to post about that now!

So uh let’s see. We arrived in Virginia Thursday night and were all pretty exhausted. Dinner. Wine. Sleep.

Friday we walked to Chipotle for lunch. Then we got ready to go our first professional soccer game. The boys were very excited. We went to Audi Field to watch DC United play New England something. I can’t remember. The boys got free scarves! The sunset from the stadium was gorgeous. Anyway, ultimately the game ended in 2-2 but we didn’t mind because it was exciting. 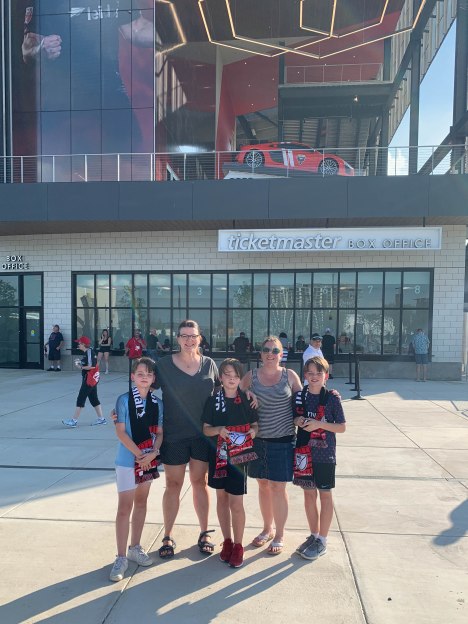 In front of the field – check out Miles’s new “smile”. 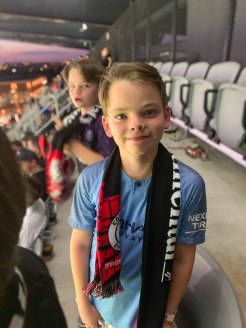 Saturday, the boys and I drove to my sister’s in Clifton. It’s about half an hour from Kiki’s, and it’s a pretty drive if you take the shorter (I think) route but it’s also windy and hilly so I prefer to take the boring highway route. I know, it’s bad but what can I say?

Jenny and I went and met Emily at their neighborhood pool, and chilled while the boys were hanging out at her house. Later, some friends came over. It was fun. 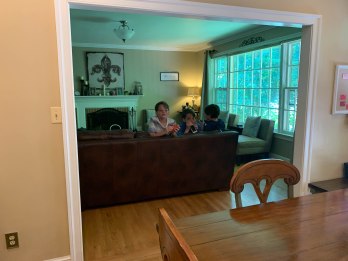 On Sunday we went to a winery and met Kiki and her friend Jess and Mike there. The kids were less than thrilled to be there, but we didn’t let that get in the way of the fun! Hmmph. Kids not enjoying a beautiful day at a winery where there is plenty of room for them to kick a soccer ball. Geez. 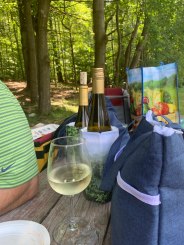 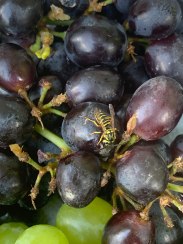 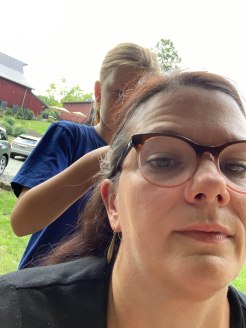 Starbucks later because I’m a sucker.

The boys stayed at Aunt Jenny’s on Monday and played with Emily and Andrew while the babysitter was there. (Don’t worry, I paid her extra.) I ended up leaving the boys there that night too. They were having fun playing The Office. I don’t mean “office.” I mean “The Office.” 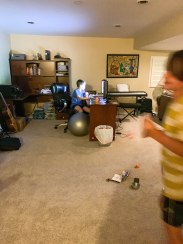 Oliver is the boss

Tuesday morning I went to pick them up and we went back to Kiki’s. Mike made steak for dinner that night. Yum!

The next day we decided to go into Alexandria so I could pick up a pattern (more on that later) and then we went to have pizza and saw Spiderman. (First, we visited Mike at the pawnshop.) When we left the movie, it was not yet raining, but you could tell it was about to. We barely managed to get in the car before it started bucketing down, but we needed to go to Joann’s (again, more on that later) for fabric. By the time we got there (and it was very close), the power was out there, and the wind was blowing so hard I was pretty nervous.

We made it back to Kiki’s and the tree in her front yard had lost a huge branch. Fortunately, it missed the house! That night, we decided to bust out the Fry Daddy and made a bunch of yummy fried foods. Because why not? We made fried pickles with ranch dipping sauce, corn fritters, and the best chicken tenders Oliver (most of us, really) have ever had. The secret is potato chips in the crust.

A fried feast. And salad! 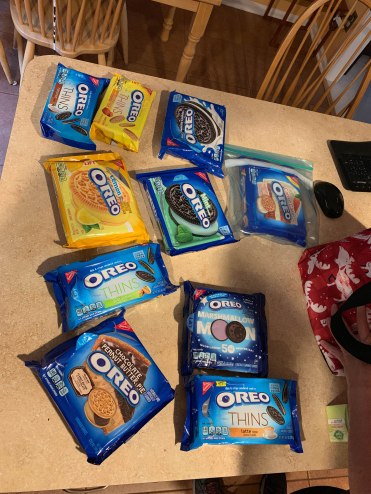 The Oreos we had to rank

After we recovered from our heart attacks, we finally ranked the different flavors of Oreos. We ate a lot of Oreos (over the course of a week or so) for this highly scientific experiment!

Thursday we….I don’t remember what we did exactly. Kristina and I probably worked while the boys played video games in the basement. But that evening, we met Aunt Jenny and Uncle Rob at a minor league baseball game. It was not very crowded, but the weather was nice and the kids liked hanging out and having hot dogs and Dippin Dots. 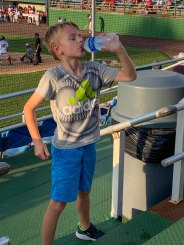 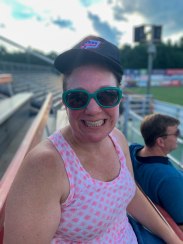 OH WAIT I remember now. Kiki and I went to IKEA Thursday and I got fabric! That was exciting. (Look how dreamy!)

The boys went home with Aunt Jenny after the game YAY and Kiki and I had a FUN DAY planned for Friday, in between getting work done. However, we didn’t end up doing much after all (besides Orangetheory and work), but we did make delicious frozen watermelon adult beverages (thanks Smitten Kitchen) to go with dinner, whatever that was. 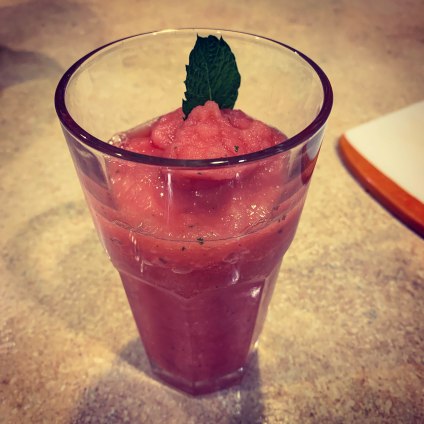 Saturday…hmm…I know I went to get the boys from Aunt Jenny’s. There was more The Office fun there. Oh we went to Orangetheory AGAIN because we are hardcore. 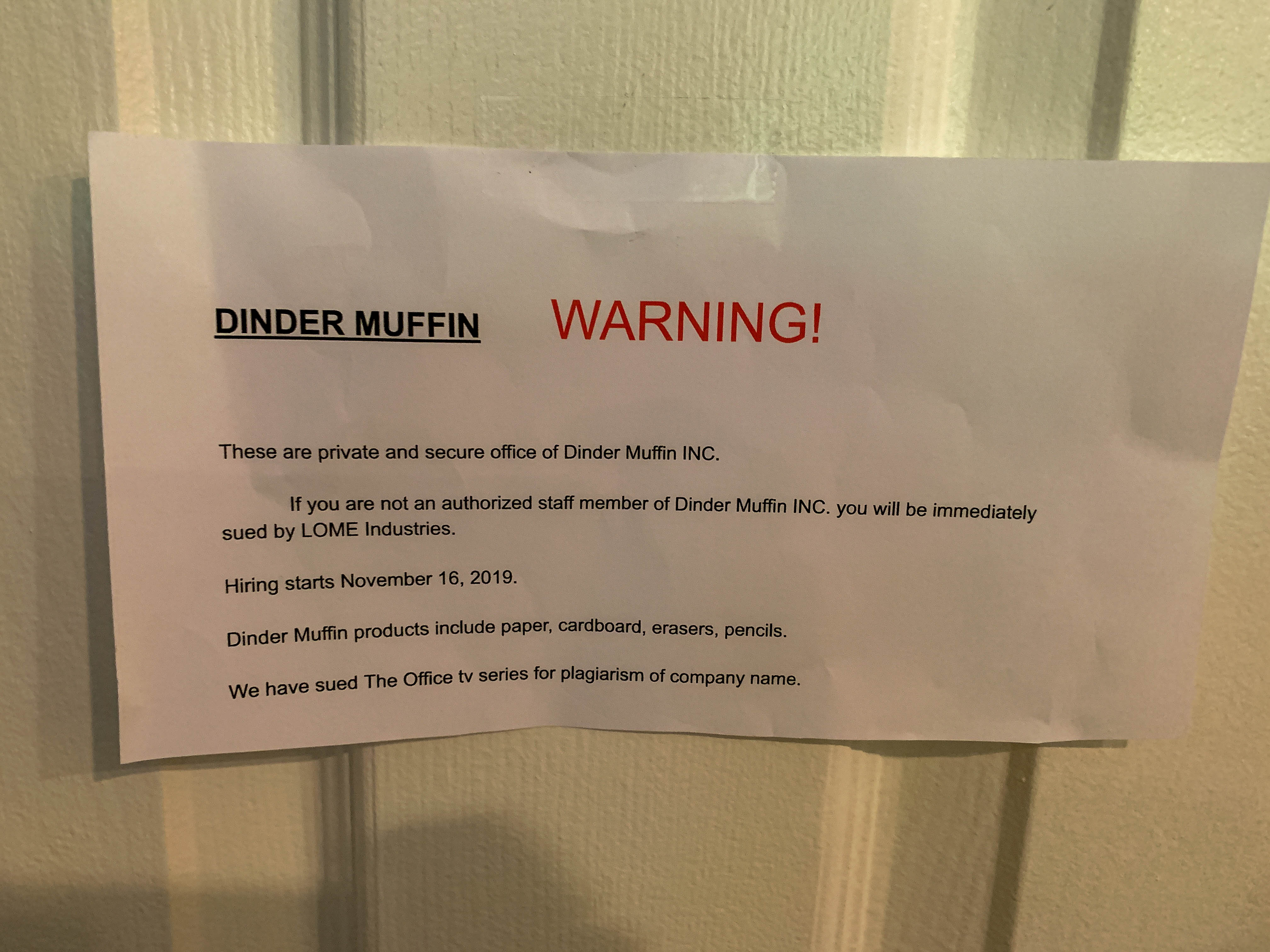 You already know what we did Sunday and Monday…

Tuesday was the next big exciting soccer game – Real Madrid vs Arsenal! Linus’s favorite team is Real Madrid, but see, back in 1997, Kristina and I watched Fever Pitch (the original starring Colin Firth, who plays an Arsenal fanatic) on the airplane over to London, so ever since, we have considered Arsenal our team. No reason whatsoever beyond that. We never went to a game or anything. But we didn’t have anything to wear! So I made us dresses and put patches on the front with the Arsenal logo. Okay, it was dorky. But that’s why we had to go to that fabric store in Virginia – the pattern is only available in paper, and it was the closest place to buy it.

Long story short – we went to see them play at Fed Ex Field in Maryland that night. Kristina deserves many many kudos for dealing with the traffic getting there. It was a nightmare. But we made it right before the game started, even though Mike was stuck in Ticketmaster hell. (Fortunately he and Kiki made it to our excellent seats on time as well.)

So the game was really great – you could really see how the quality of play was so much better than the DC United game. Don’t I sound so sporty? Linus has in heaven. The game ended in a tie, but then for whatever reason they went to penalty kicks and I didn’t mind even the tiniest bit that Real Madrid won. I videoed Linus while Arsenal was going up to make a kick:

Linus cheering for his team

Me and Kiki in our Arsenal dresses 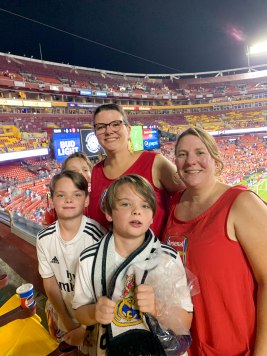 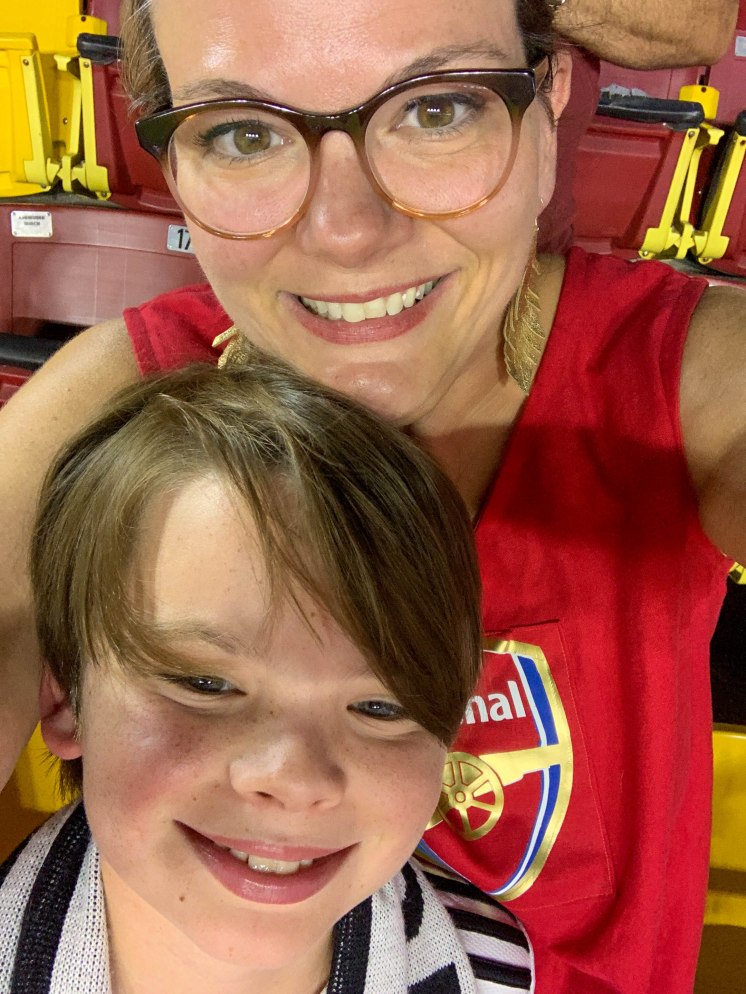 Kiki had a “points” game throughout the whole trip where the boys could earn points for doing good things. And then whoever won got ANYTHING they wanted at the Real Madrid game.

Oliver won! And got a jersey! An Arsenal jersey…hmm. So much for rooting for Real Madrid.

On Wednesday, we packed up our stuff, had pizza for lunch (again) and had dinner with Jenny and Rob and Emily and Andrew. And then we went home. 😦

Oliver in his new Arsenal jersey 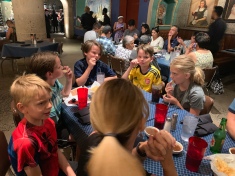 The drive home was pretty uneventful. I loaded up my phone with episodes of Armchair Expert and the boys loaded up the iPods with more episodes of Parks and Rec and The Office. We stopped in Durham to have a picnic lunch with my coworker Deborah (I’ve seen her yard and house so often on our work calls, but never in person!) 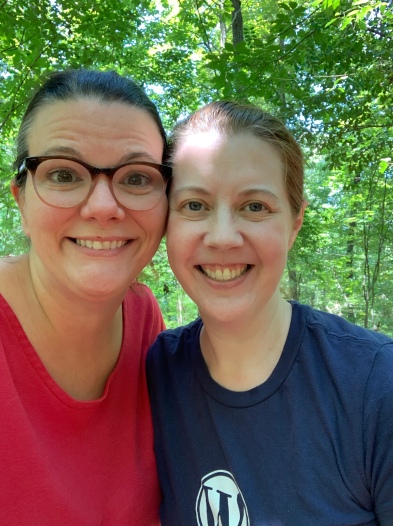 Stayed overnight just outside Atlanta Thursday night and got home Friday evening, whew! Ziggy and George were very happy to see us.

I love seeing that average MPG for the trip! All in all, we drove 2500 miles and passed through 13 states on this trip.