So Mardi Gras was two days ago, and wow, did it ever sneak up on me. It was relatively early this year, and what with the Superbowl and all, it just came and went really fast. But we managed to have fun…

It was really cold late last week, so I didn’t make it to any parades until Saturday morning. I took the boys to see the day parades with Ren and her family. It was a gorgeous day! Kind of chilly, so I put the boys’ Mardi Gras shirts on over their sweatshirts. They looked like Sta-Puft Marshmallows. 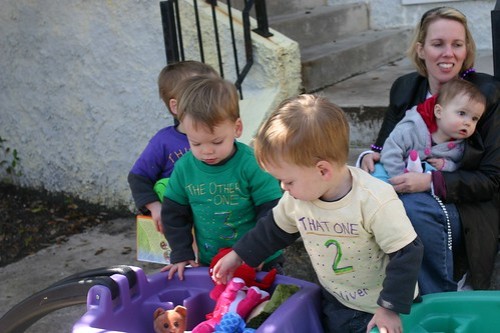 (I wasn’t original this year. Last year, I also made them shirts that said “This One”, “That One”, and “The Other One”. Next year I’ll try to think of something new.) My, how they’ve grown!

One fun thing was that we were in the same location to watch the parade this year as last year, and a few people came up to me and said they remembered the boys from last year. One woman took a picture of them to send to her 55 year old triplet brothers!

On Sunday, I decided to get out of Dodge and took the boys to spend the night at Aunt Renny’s house. Miles especially looooves Renny, which I suppose is because he knows she’ll be his mother-in-law one day. Sweet boy.

Renny’s house is fun because she feeds them waffles with syrup (she is so brave) and has fun toys for them to play with. 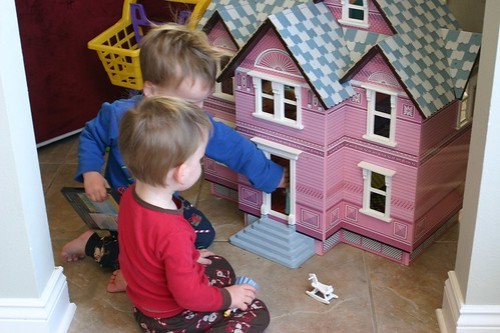 I headed back to town Monday evening, and on Fat Tuesday, we took the boys to see the big parades. We got there too late to get a good spot for Zulu, so we went and staked out a spot for Rex and waited a couple of hours for it to start. Fortunately, the boys had an entire pack of wipes to occupy themselves with… 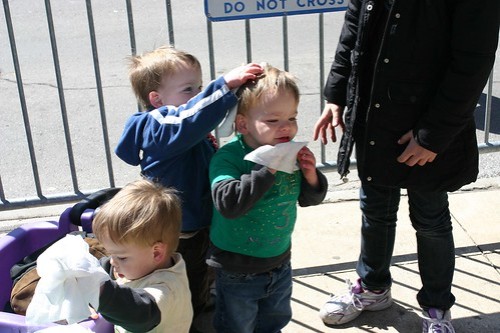 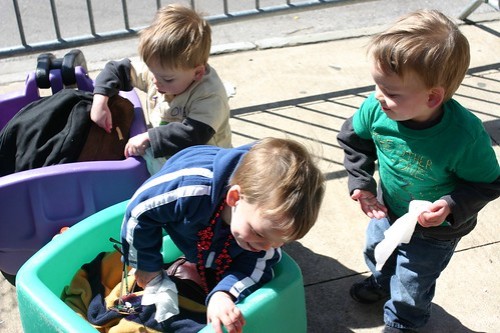 Finally, the parade came by, and we all got some good loot. 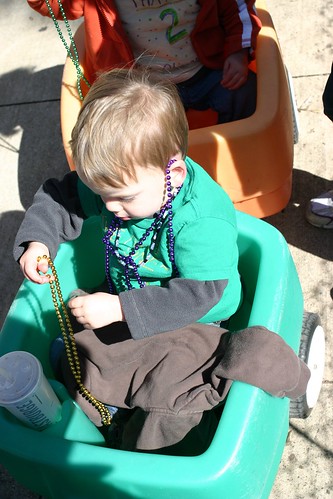 And that was our Mardi Gras. The end!

8th grade promotion ceremony. 🇫🇷 On to high school!
The end of an era. Au revoir, LFNO! 😭🇫🇷🎓🚌 #tripletsofinstagram
Happy 15th (!) to my sweet, smart, talented, beautiful niece and goddaughter Emily. I love you!
17?!? I can’t stand it. My sweet baby Eleanor who made me an aunt. I love you and miss you!