I just haven’t posted anything of substance in a while. Let’s see, what’s been going on?

Well, Ziggy has developed a taste for my shoes. Yesterday I found one of my new $$$ running shoes in the backyard, sans an insole, and chewed up. Sigh. I guess I need to spray that bitter stuff on everything. Ugh. He spent the afternoon at the vet the other day while the living room got painted. It was so cheap, I’m glad to know it’s an option for when I have to be out of the house all day, so he’s not too bored.

I went on a field trip with Miles the other day. It was pretty cool. They got to learn about a bunch of instruments, then hear the Louisiana Philharmonic Orchestra play some kid-friendly tunes. Now the boys want to be in a band. YESSSSS! My boy band ambitions for them are coming to fruition at last! Except Oliver said he wants to play the flute. But that’s cool, no reason a boy band can’t have a flute in it.

This past weekend I attended two Easter Egg hunts. The first was Saturday morning, and it was the NOMB one. It was huge and awesome. It was a miracle that it didn’t rain. So crazy. The weather was supposed to be terrible all week, school was even cancelled on Friday. But it barely even rained. (We were extremely lucky compared to our neighbors on the north shore who got a lot of bad flooding.)

I took a short time-lapse of part of the hunt. I was in the under-1 area, so lots of babies.

And then yesterday, I took the boys to the neighborhood one. It was at this really cute events place. I’d love to see it all lit up at night!

Last night was the boys’ school fundraiser. I got this in the wine pull. Better than my friend who got a bottle of Yellow Tail. Heh. 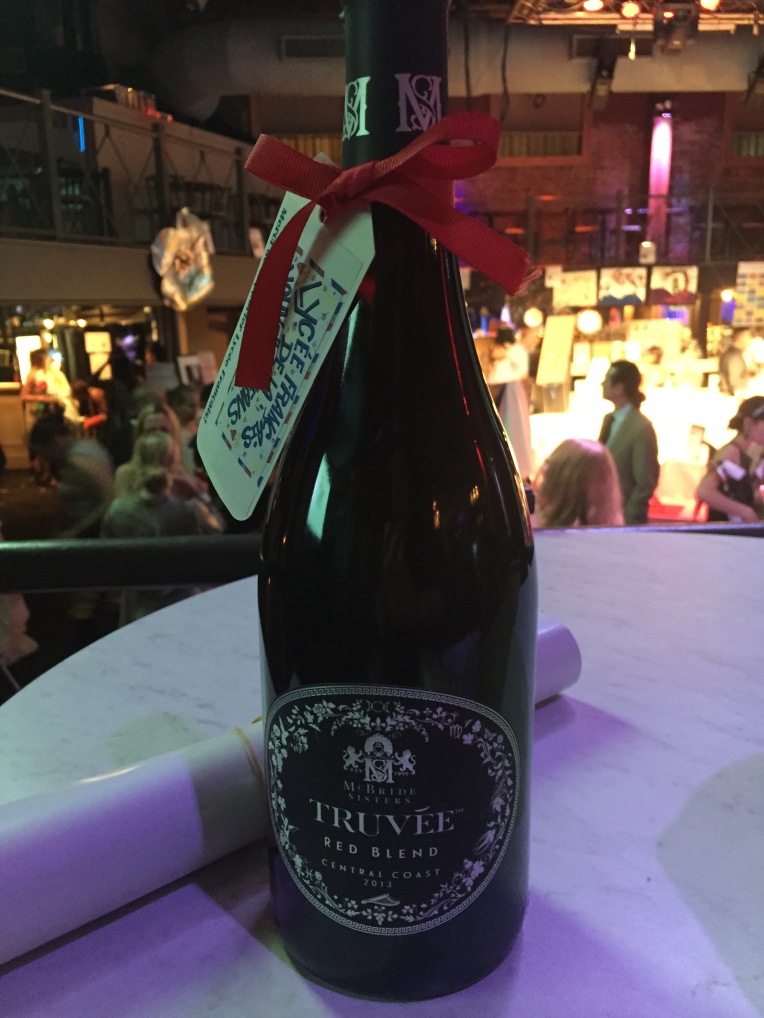 So that’s what has been going on. Coming up is a bunch of travel that I’m excited about. A week in Austin next month to meet with one of my teams, and then a longer trip in June to do some recruiting in Spain and volunteering at WordCamp Europe. In August, I’m taking the boys to visit my brother and his family in California, which we’re all really excited about.