Next year, when the boys are in fourth grade (!!!) they’ll be able to join the cross country team. They’re pretty pumped about it, and wanted to start practicing now. They also want to do some races, but at $30/entry for a one mile race, well, that’s going to have to wait. (I have my eye on a half mile race that’s only $10/kid, but I wish it was longer. And I wish more races had multiple-kid-friendly pricing.)

Anyway, since they don’t have school today, and it’s cooled off slightly, I told them I’d take them for a run this morning on the levee.

Once we got up on the levee, we experimented with running two or three light poles and walking for one, and for our first run, stuck with a 2:1 light pole ratio of run:walk.

At the turnaround (sun in eyes!)

On the way back, the sun was behind us, which made it a bit more pleasant. And also made for cool shadow pics. Ziggy came too, as you can see. 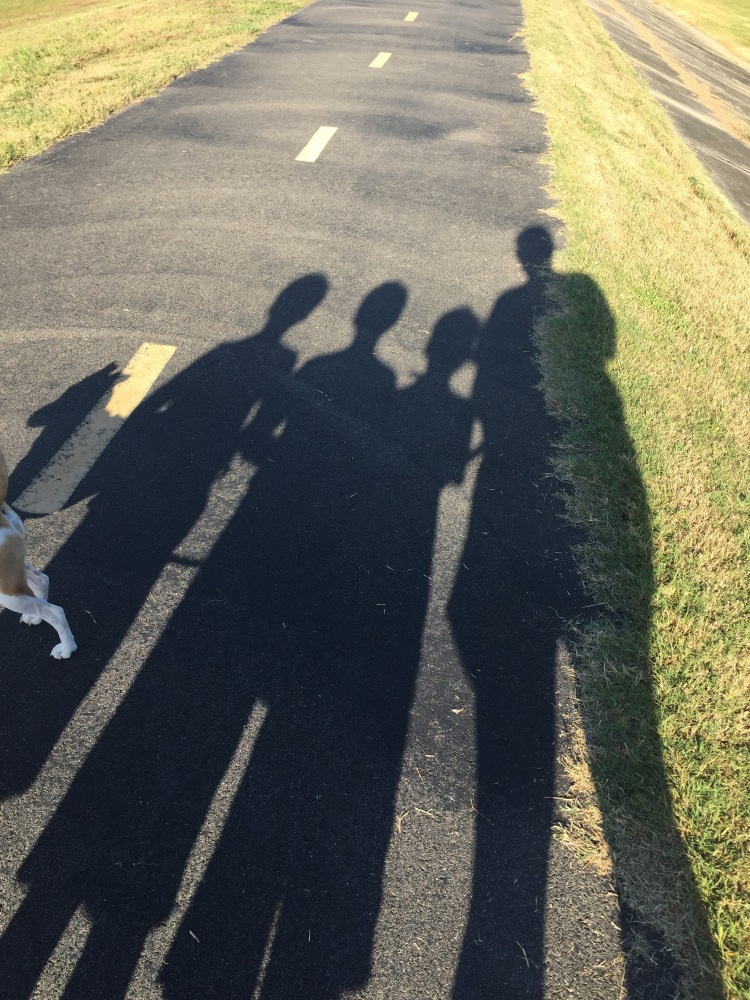 When we made it back to the starting point, we’d gone 1.17 miles in 18:29. I was so proud of the boys, and they’re excited to go further and faster as time goes on.

The boys and Zigster after the run. You can see the endorphins really kicked in for the human boys!