Catch up on my blog posts about our trip here!

So, where were we? Thursday morning, I suppose. It was our last day in London all together, as George had plans to go to Canterbury on Friday and meet up with a friend. Linus wanted to go to a castle, so we toyed with the idea of going to Windsor Castle, but getting there and back would have taken up too much of the day, so we decided to hit Hampton Court Palace instead.

It was only about half an hour by train, so not bad.

Miles in front of…something. A statue? A fountain?

Linus happy to be at an old place.

We wandered around for a bit, but I don’t know, the boys weren’t as enthused about it as we’d hoped. I think it wasn’t castley enough. Makes sense. Next time, a castle for sure. 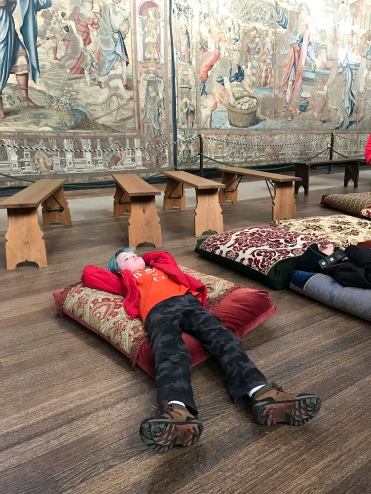 There were cushions provided so you could look at the… 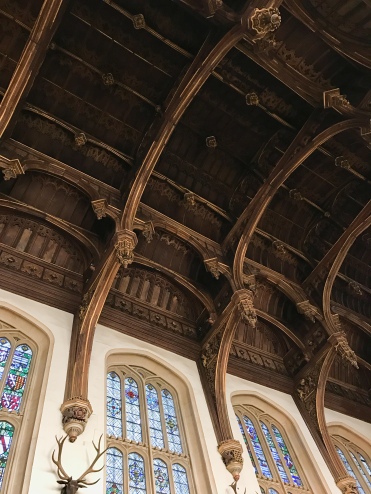 My three kings! (Aw! That’s what the doctor said when he pulled them out. Aw.) 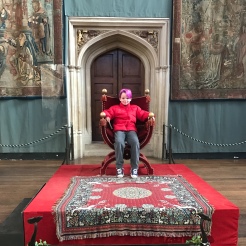 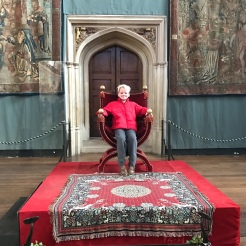 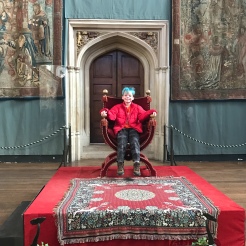 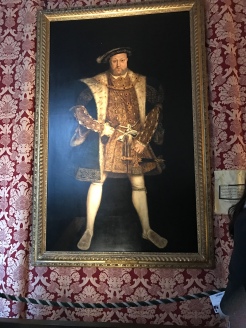 This guy lived there.

After finishing the maze

After wandering the grounds and some whining, we went to the maze (and didn’t get lost.) Then it was time to head back to London.

When we got there, we headed to South Kensington, where we first lived. The boys wanted to see where Kiki and Anne and I lived.

The window of our (tiny) basement flat. Kiki and I slept on the steps one night when we got locked out. Good times, good times. 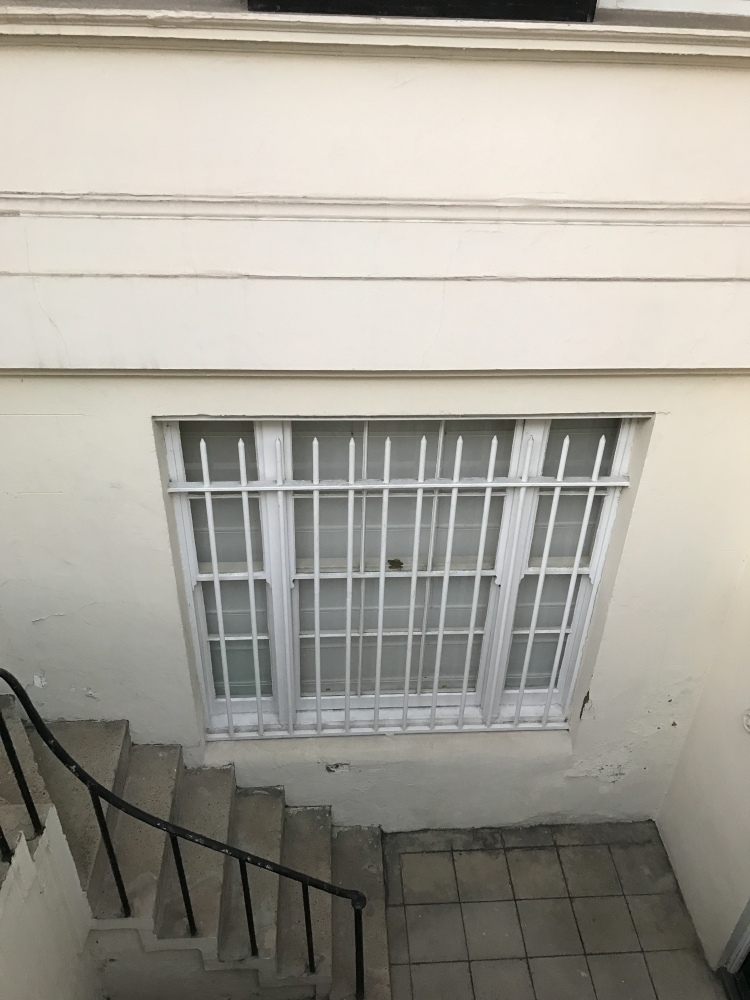 Strange to see how little it’s changed in nearly 20 years. Hopefully the inside has improved!

George went to a pub after that, and the boys and I went to Whole Foods on High Street Kensington to get some dinner and for me to buy a few of these bad boys. ❤

We caught a glimpse of Kensington Gardens on our walk, and I promised the boys we’d go back the next day. For now, we had to get back to the flat so I could get ready to go see Part Two of Harry Potter and the Cursed Child.

When I got home from the play, I went to sleep. I was woken a few hours later by a frantic George. Poor Miles had barfed.

We got him cleaned up and stripped the bed. Thank god the flat had a washing machine. Gave Miles a shower, and put him in another bed.

A few hours later, I heard the sound of coughing and retching. I jumped out of bed and Miles was barfing again. Thankfully he mostly got it in the bin we’d put next to him. But not completely, so more laundry was started.

He managed to sleep for a few more hours, and I told George I did not want him to change his plans to go to Canterbury. I was sure Miles would be feeling better (his yakking mostly had to do with a lot of drainage from congestion into his stomach) and so we’d lay low for a few hours until he felt well enough to maybe do something low key like ride a bus. 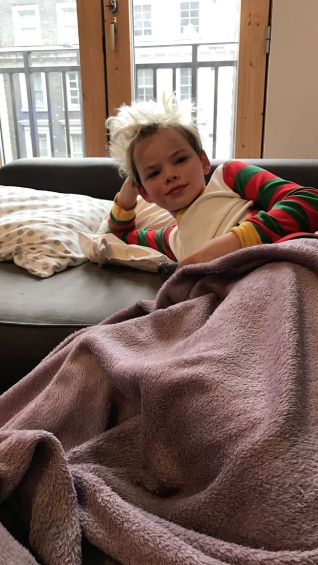 That never happened. 😦 Poor bunny. He just felt awful pretty much all day, so we hung around. It actually worked out okay. I got all of the bedding washed that needed it (there was a third incident around noon) and was able to get us mostly packed up. It would have been super stressful if we’d been out all day. Silver lining!

The view from the balcony: 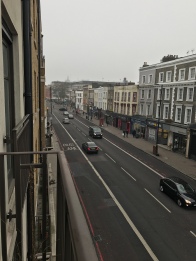 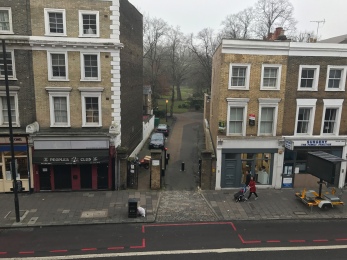 George came home around five, and I took Oliver and Linus out to buy some souvenirs and have a mini-adventure. Linus was extremely proud of what he spent his money on, a big gold Big Ben (oof, my heart!) 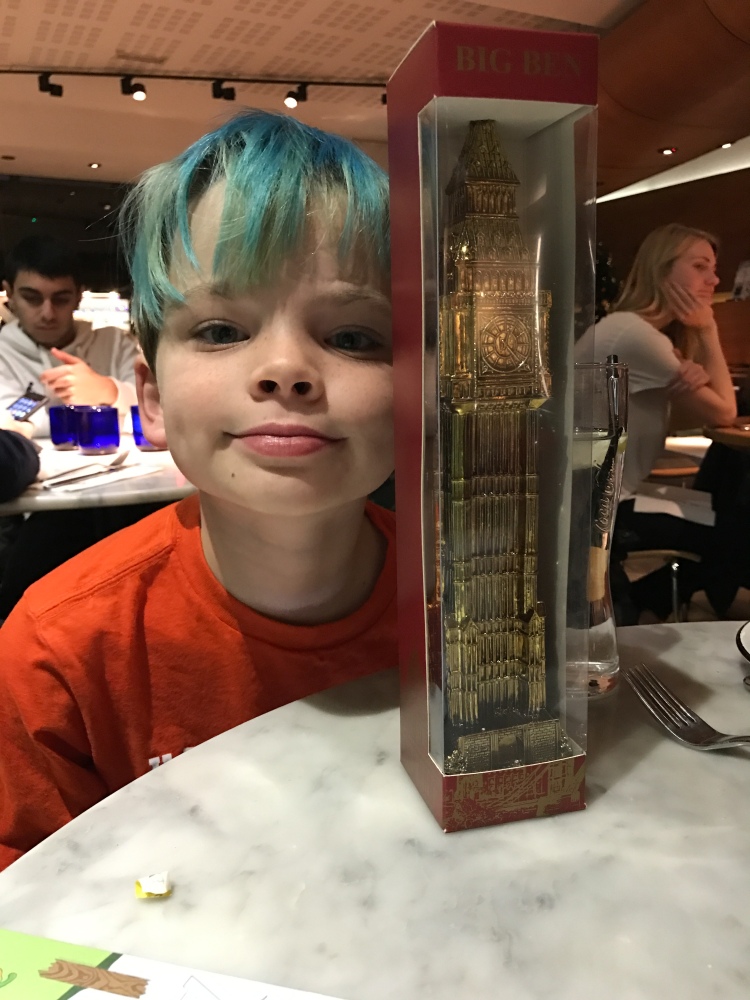 And Oliver bought a pillow: 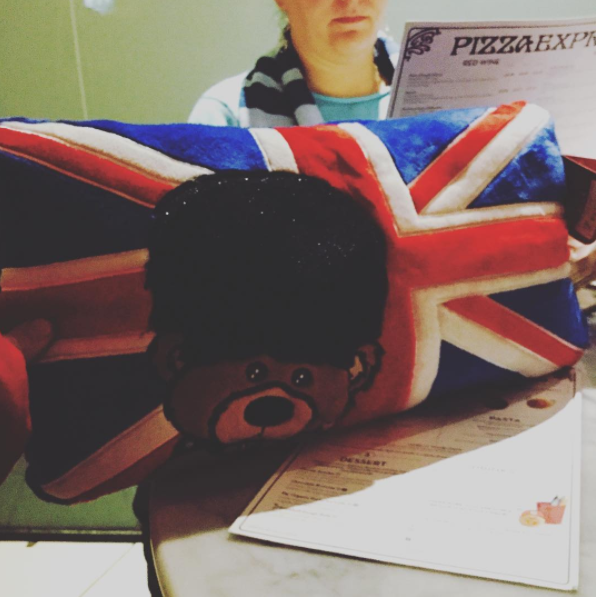 (Miles bought a Paddington Bear at the airport the next day.)

We had dinner at Pizza Express, and then hopped on a double decker bus for a few stops. We had the top all to ourselves! The boys were thrilled by it, but I was super bummed Miles missed it. 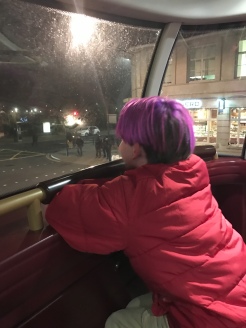 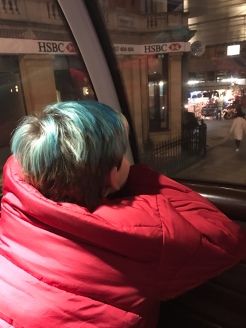 After a bit more shopping, we headed back to the flat and off to sleep. We had to be up early the next day! 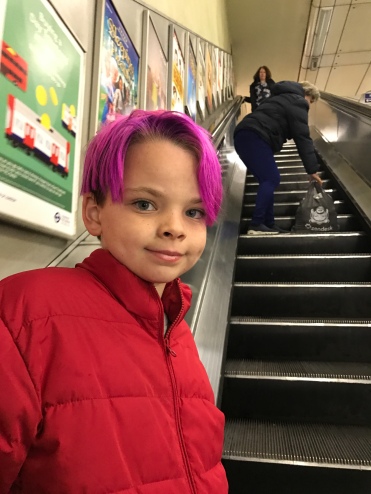 Fortunately, Miles was feeling much better, and our trip home was uneventful. I even slept for some of it!!!! 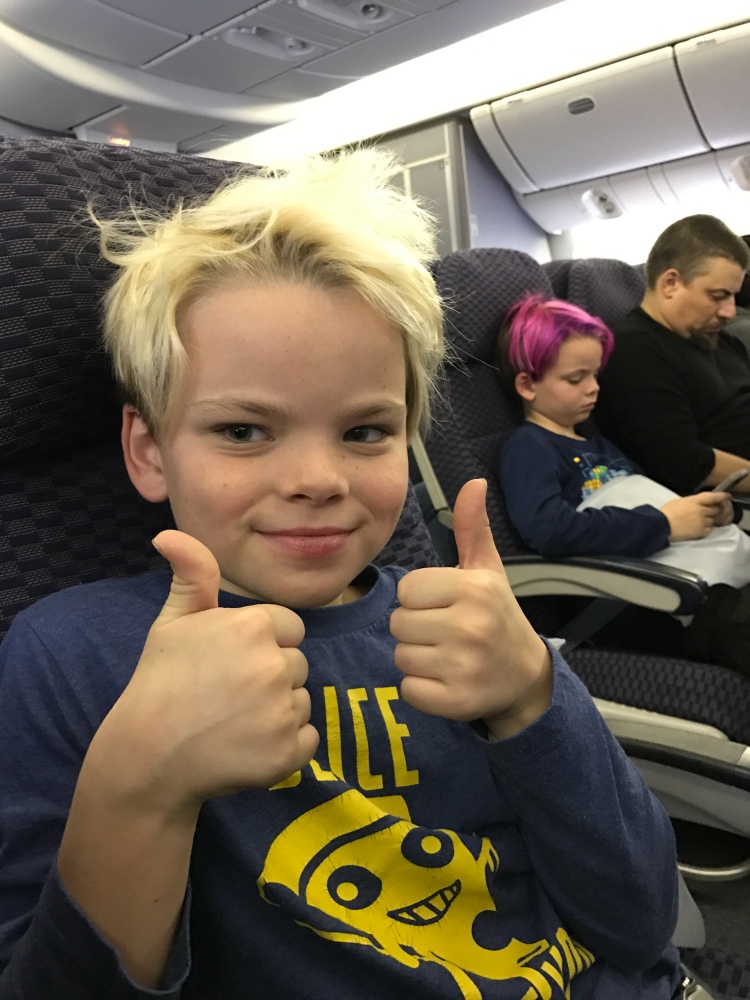 Until the next time…

He really is the most aggressively adorable creature. #dog
I don’t know why I post this since you can’t smell it but man if only you could smell it. #jasmine #springisokay #sometimes #algierspoint
I made espadrilles! Not as hard as they look, if you use a kit from @ahappystitch. The fabric was a gift from a coworker who brought it to me from Sri Lanka. It’s perfect! Swipe for process pics. #sewingproject #sewingshoes #sewing #memadewardrobe
🌈