I really need to make more time for blogging. You shouldn’t have to look at a picture of my desk for this long. (Though it is still neat, I’m proud to say.) (I say this like my blog is something people just “drop by” to see if I’ve written anything new.)

I think part of it is that I have all these pictures from the soccer tournament earlier this month that I need to finish editing to upload, but I’m just kind of blah. Here, how about just a few?

I flew home from Orlando. Linus was sick, got him to the doctor, he wasn’t contagious, but by the time we got his prescription filled, it was 6pm, and there was traffic, and we didn’t get to our hotel until close to 11. And I hurt my back getting frantically packed.

First game Saturday morning, a win! Linus didn’t play, he spectated instead. I think he got really annoyed with me for asking so many questions, so he decided he felt well enough to play the later game. Which they also won! 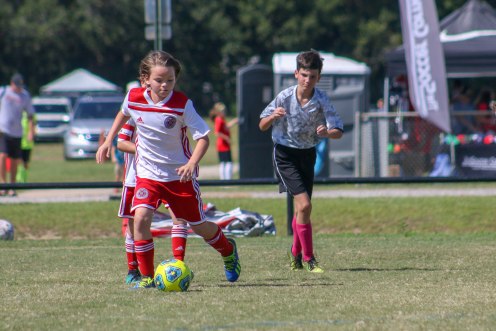 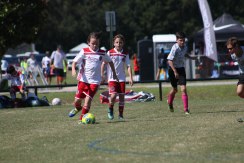 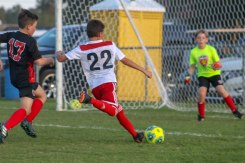 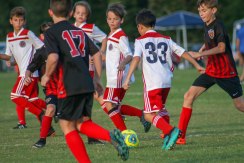 Saturday night, the kids swam a bit in the hotel pool while the parents watched and partook in an adult beverage if they wished, and then we all ate pizza and went to bed. Sunday morning was another game! Which…they won! Which also meant that we’d be staying later for the finals. Remember, I’d been gone for the whole week prior, so all I wanted was to go home and sleep in my own bed. 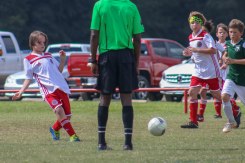 Of course, I was proud they were heading to the finals of their second tournament. But I was also tired. So tired.

Anyway, the fourth game rolls around. It’s hot. And this game was hard fought. It was a nail-biter. No one was scoring. Both teams were really great! And so after overtime (or whatever they call it) the score was still 0-0! ACK! 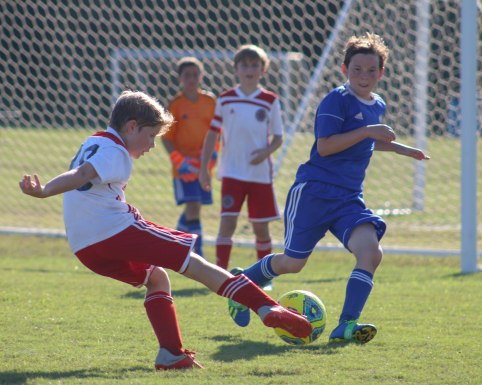 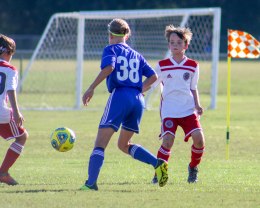 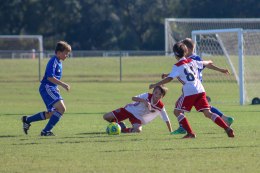 So it went to penalty kicks! Eek, this is like World Cup level stuff, right? (I dunno, I didn’t watch it.) The deal is, whichever team gets to 3 penalty kicks wins.

The other team kicks…and misses!

Our team kicks…and gets it in!

We kick…and get it in!

They kick…our goalie stops it!

Eeeeeeee! It was very exciting. All the kids went nuts, and let’s be honest, so did the parents. It was awesome! 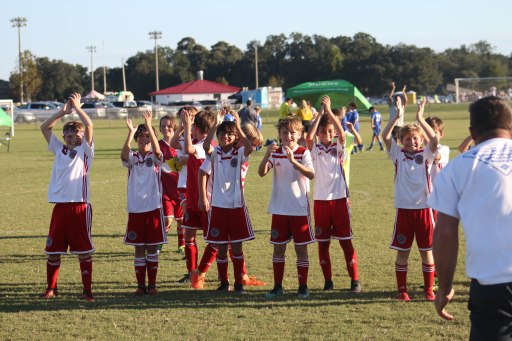 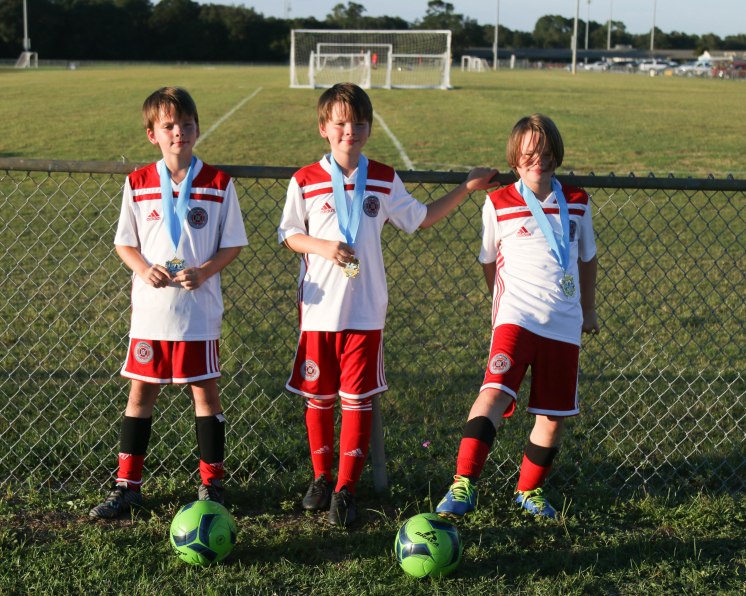 One thought on “Soccer tournament #2 – Pensacola”