For the first few months of the year, I didn’t do a ton of sewing for myself. I made a lot of Mardi Gras scarves for other people, so it kind of burned me out on sewing for a bit. Fortunately, it came back sometime in the spring.

My five favorite makes this year:

I can’t say enough good things about this. I get compliments every time I wear it. Lots of compliments. I was a little skeptical at first of using this IKEA upholstery fabric but it was the right call. Yet another great layering piece, and not at all hard to make.

Such an easy make, and I love the fabric so much. It’s very soft and light enough to wear year-round (I often wear it under a heavy coat because why not?) The boys like to steal it from me and wear it too. Can’t say I blame them.

My lovely friend Mary Catherine turned 40 and I made her this very special dress. The fabric wasn’t the easiest to work with, and making the center panel is kind of a nightmare (I hope she doesn’t look at the inside) but she adored it, and it looked amazing on her.

This was the second Ellis skirt I made, and it’s a bit too big in the waist, but I usually just wear it with leggings so it’s okay. I suppose I could also use a belt, but I hate belts. Anyway, it’s my Anglophile skirt. Union jack stitched on the back pockets, and London-print lining. 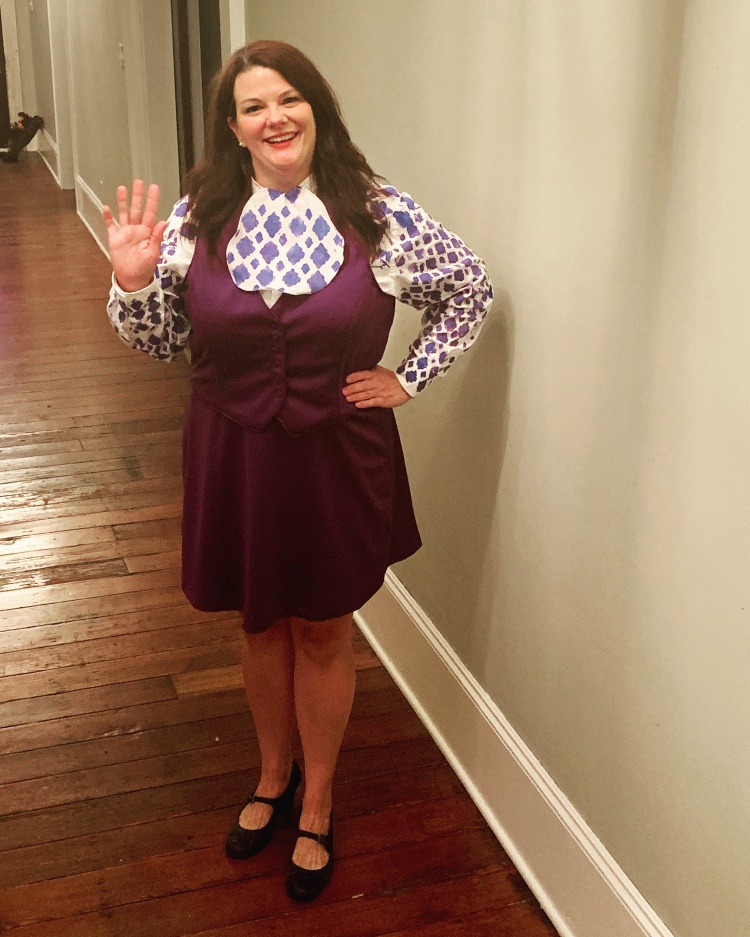 I mean, the shirt is a mess, and the vest could be longer, but being Janet was so fun! Lots of people knew who I was on Halloween, which was a relief. The vest is a Butterick pattern, and the skirt is a simplified Linea skirt from WBM.

Things I made that weren’t as fun to make but were satisfying at the end:

Go To Jackets by Patterns for Pirates for Miles and Linus 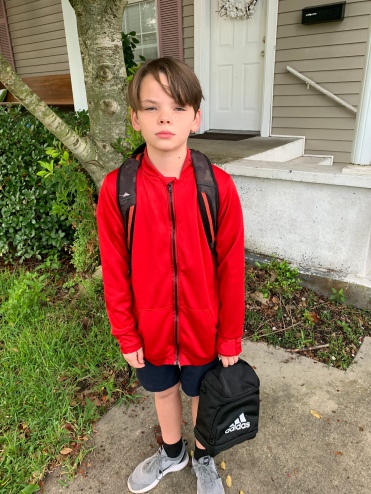 I shouldn’t say these weren’t fun to make. They were fine. Well, I lined Miles’s, which made it more work, but it came out pretty well. They have thumb holes in the cuffs, at least. Linus wears his all the time, but Miles doesn’t. Hmmph.

Akinori Dress by Wardrobe by Me

I like this a lot, but it was a bit tricky to sew (what is it with these panels on dresses that stymie me?) and it’s a bit too low cut (it’s pinned here) but it’s a fun summer dress so I’ll stop complaining now.

Tropical Shirts by Wardrobe by Me for George and the boys

Before I made these, I’d sewn up at least 3 men’s button down shirts like these, so they weren’t a big deal to make, but it’s just boring making four of the same shirt. That’s all. But they look great, eh? Even though I accidentally put the buttons on the wrong side of George’s shirt? Oops.

I also made a Cashmerette Ipswich tankini, but you’ll never see me posting a picture of myself in that, even though I wore it in front of all of my colleagues at the GM in September. It was very challenging to sew, and I’m not sure I want to do that again, but who knows.

And of course, let’s not forget that thanks to the shirt I made Mike and the skirt I made Kiki, the Nats won the World Series.

What’s up for next year? Who knows. Might try my hand at bra making. I have the denim and bias binding all ready for another York Pinafore, but I haven’t had time yet to work on it. And I still have a bunch of fabric left over from our trip to NYC, which will be fun to sew with.

Pink hydrangeas. #flowertattoo by @mecha_mecca at @hellorhighwaternola
Kind of a mess, but hopefully tastes good! #fingerscrossed #kingcake
To cap off the JV soccer season, there was a freshman vs sophomore game. Miles was the freshman coach. And they won, 2-1!
I needed to replace the back waistband on these @closetcorepatterns #pietrashorts for reasons so I decided this was the only tag to use. PS the rainbow serger threads look so good here, don’t they? #wintershorts #seamripper #swearysewist #memadewardrobe #sewing
Join 2,592 other subscribers