It looks like I’ll be writing one post with more than a dozen words in it per month. I don’t know why I can’t motivate myself to blog more. It’s not like I’m not sitting at my computer all day, every day. (Work is busy.)

Mother’s Day was great. I usually leave the house and go see a movie with Terry on Mother’s Day but that obviously wasn’t an option this year. But George got me a picnic basket full of goodies from Tartine, and I relaxed and spent the day outside (the weather was outstanding) and drank a bottle of rose that Kiki had sent me. Delightful! 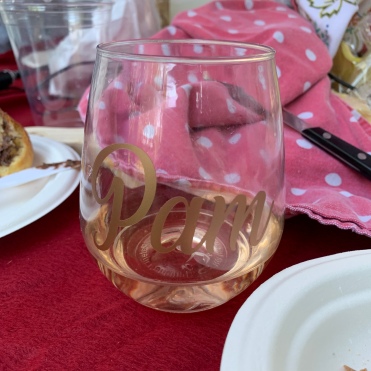 And then later that week, George turned 50! George doesn’t care about birthdays as much as I do, but I tried to make it special. Dinner was from Tartine (shepherd’s pie), I got my friend Angela to bake a cake, and I got him a bottle of expensive whiskey and this portrait of Ziggy. His favorite gift (and I don’t blame him) though was the cards the boys made him. 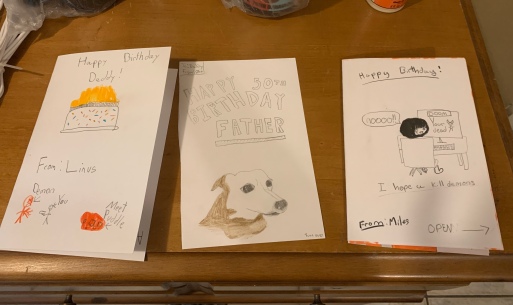 I’ve been sewing quite a bit – some masks, of course, but also clothes. It makes me happy. I need to do separate posts on these, but I’ve made shirts, mostly. This is all leading up to me deciding which pattern I’m going to use when I sew up this length of Liberty cotton lawn I bought when a fabric store had a sale. All the heart eyes!

I’ve been enjoying my Peloton too. It is so nice to have the outlet for stress relief. Yesterday I hopped on it three different times when I was stressed out of my mind. Just a ten minute ride really helps! In five and a half weeks, I’ve done 80 rides! (I mean, yes, some of those are 5 minute warm ups or cool downs, but plenty are 45 minutes or longer!)

I’ve been watching all of the Marvel movies in the order suggested here, because Kiki was doing it, and it sounded fun. I realized I’d missed a couple of the movies over the years, so it was nice to get caught up. (And now the beginning of Avengers: Infinity War makes sense!) Sometimes I have it on my phone while I sew and kind of half-watch (I mean, I don’t want to sew over my finger or anything) or sometimes I have it on while I work on a puzzle. The boys watched Spiderman: Homecoming with me the other night, but otherwise it’s just me.

Speaking of the boys watching things, they were so happy last weekend to have a soccer game to watch on TV again!

Ziggy likes to watch sports too. 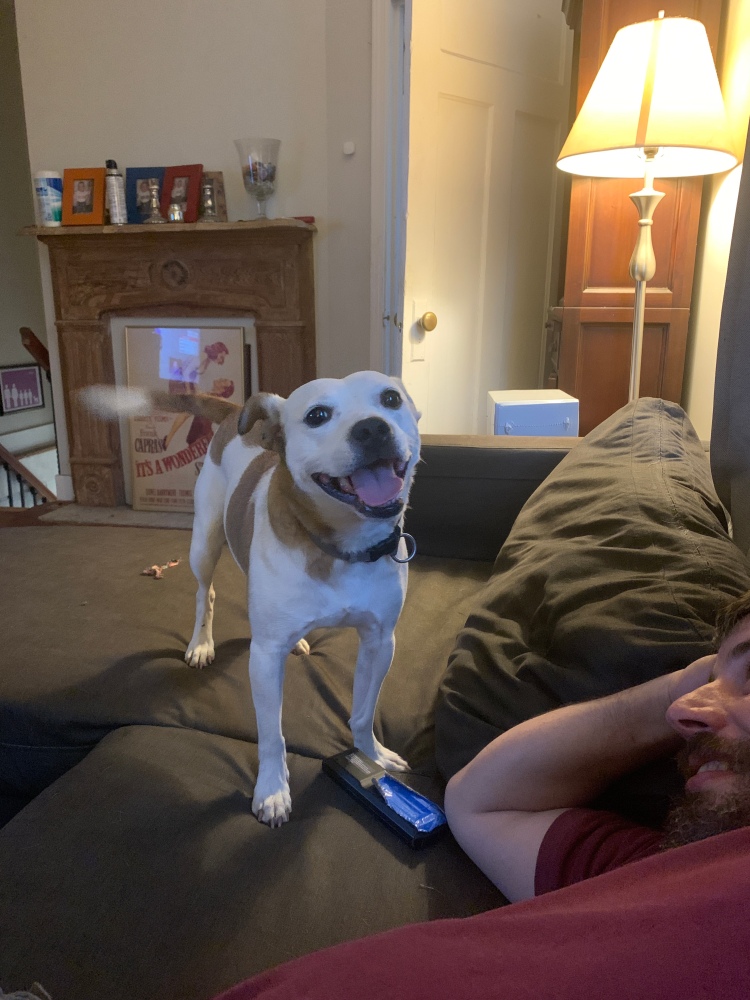 Tomorrow is the boys’ last day of sixth grade! Last night they put on their school uniforms because they missed wearing them. So hopefully they won’t mind putting them back on for a last day of school pic!

This hotel is not as nice as the other one we stayed in this week. But it’s a lot more expensive. The service is excellent, but the bathrooms could use some work. Towel folding: 💯
This is my puppy. ❤️
This is not my puppy.
Happy to have gotten my money’s worth on this hotel room I booked in a groggy haze at 6:30 this morning thinking we could spend the day here but totally forgetting hotels don’t let you check in til 3. Power came back at 2. #tornado #ididnotgetmymoneysworth